HARARE – THE Book – The Abduction and Trial of Jestina Mukoko - is a must-read for all those that are against any forms of torture as Zimbabwe joins the rest of the world in the fight against all forms of torture. 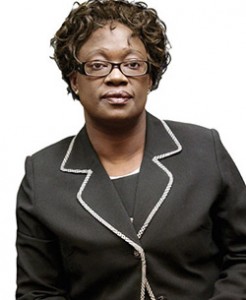 In the 113-page book, Mukoko, a respected human rights award-winning campaigner and defender, aptly and graphically captures Zimbabwe’s post-independence narrative of how torture is administered by state actors opposed to the ZANU PF party leadership and misrule. In this personal but powerful narrative, she revisits the most traumatic period of her life. Not only is her story a powerful personal narrative, it is also a very important piece of social and political history in which she chronicles her ordeal under people who abducted and tortured her in 2008. In her no-holds barred memoirs, Mukoko, the Executive Director of Zimbabwe Peace Project and a former broadcaster with the state-owned Zimbabwe Broadcasting Corporation, reveals her shocking abduction, physical and psychological torture.

She describes in detail her dastard brutalisation by state security agents after she was abducted from her Norton home before being held incommunicado for more than three weeks. Mukoko states that if she is to heal completely, she wants to know from the perpetrators why she was abducted.

Mukoko reveals that she was threatened with death on trumped up charges of allegedly plotting against the late former president Robert Mugabe’s government by state security agents, some of whom are still in office in the so-called second republic under President Emmerson Mnangagwa.

In her frank memoirs, she tells of how some of her torturers appeared to have not bathed for a number of days while others came to torture her drinking and brandishing bottles of “Eagle” lager, a cheap brand of beer which was popular during shortages of beer in 2008.

Mukoko graphically chronicles how at the crack of dawn on 3 December 2008 she was abducted from her Norton home and bundled into a grey Mazda Familiar vehicle in her pyjamas before being driven away at break-neck speed while the “music was so loud that it could have raptured an ear-drum” “My fellow passengers (abductors) hardly spoke for much of the journey. The journey was one of the worst I have ever endured,” she wrote in her book in which she further exposes the brutality and callousness of state security agents. “Indecently dressed as I was still in my night clothes, I feared being raped,” said Mukoko. In the book, she dramatically documents what happened to her between December 2008 and her appearance in court on Christmas Eve but it is her brutal torture she suffered at the hands of overzealous state security agents which sends shivers down the spines, exposing the cruelty of state security agents.

All the time while she was being held incommunicado she says she was blind-folded and constantly threatened with death as state security agents sought to link her to the MDC political machinations and alleged trumped-up charges of banditry. Beaten under the sole of her feet with a truncheon which was alternated with a rubber hose coiled with wire, Mukoko vividly remembers her first torture and the pain: “Initially I screamed as the pain intensified, but realising that in doing so, I was giving them satisfaction, I decided to endure the pain in silence. Instead of flowing out, the tears and screaming strung the same body that was trying to release them,” said Mukoko.She recalls during one of her torture sessions she cringed, winced and twitched “before the weapons reached the soles of my feet.” Mukoko says at times she actually could hear the breathing of her tormentors, referring to the CIO agents that brutalised her as she was held in a secret location suspected to be in one of the low density suburbs in Harare until she was surrendered to the police just before Christmas day in 2008. “It is not the idea of being arrested that I fear if the arrest is justified but I fear the most are the conditions of the detention centres.” After being surrendered to the Braeside Police Station, Mukoko was later held at the infamous Matapi Police Station in Mbare which was condemned as not fit for human habitation.

She describes her torturers as scary and mean-looking, with menacing eyes which she says intensified her fears, adding that “if looks could kill, I would have died instantly.” She further records the CIO agents threatening her with death after she repeatedly denied working with MDC and knowing some of the people whose names the torturers had asked her to identify. She quotes one agent she refers to as the Boss, saying to her: “You have to follow what we want to hear or you go extinct. There are several others buried around here. No one will find you even if they try, so you might as well tell us what we want. There are two options either become state witness or go extinct. It is your choice.” One other operative crudely remarked to her as they tried to elicit information from her: “You will defecate, Jestina, when we are done with you.”

She says she could not believe such words would come from a grown-up man. A few days after this particular interrogation she claims she realised people digging behind the interrogation room “and my mind resolved that it was my grave being dug. I can’t believe the people leave homes to go to work where their business is to inflict pain on others. At that moment I made an undertaking to myself that I would try to fend off sleeping so that if I was killed I would have the opportunity to look into the eyes of my killer.

On another day during her ordeal, one of the operatives made her to kneel on mounds of gravel on a hard floor. The pain was intense, numbing, I drifted out of my own body. The interrogation went on for two hours and the pain was unbearable, the small stones kept pushing up bruising the hard skin of my knees.”