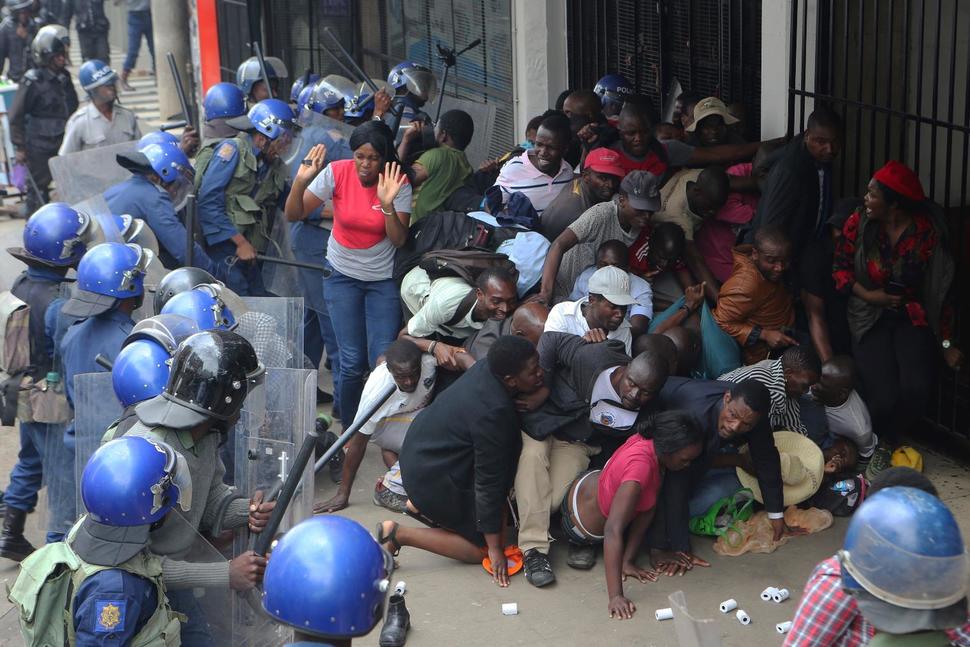 ICJ and the Forum welcome the report by the Special Rapporteur which acknowledges the continued
restrictions on the enjoyment of the rights to freedom of peaceful assembly and of association in
Zimbabwe.

The report mentions the use of excessive and lethal force by security forces; the use of military
forces in managing protest; and the subsistence of repressive laws that curtail the enjoyment of the
rights to Freedom of assembly and association.

ICJ and the Forum agree with the findings by the Special Rapporteur that the use of disproportionate
and excessive force by the security has resulted in massive violations against protestors. In January
2019 following the “shutdown protests”, the Forum documented at least 1800 violations including
17 killings, 16 cases of rape and 81 victims were treated for gunshot wounds while ICJ documented
at least 77 incidences of violation of fair trial rights of protestors.

The Maintenance of Peace and Order Act [Chapter 11:23] (MOPA) was enacted into law in November
2019 to repeal the Public Order and Security Act (POSA). MOPA reveal common similarities with
POSA and maintains problematic provisions that do not guarantee the right to peaceful assembly.
ICJ and the Forum wish to draw the attention of the Special Rapporteur to the ongoing violations
which have escalated in the context of the COVID-19 lockdown enforcement and the declining
economic and social situation in Zimbabwe. While public health measures are crucial, these must be
advanced in ways that do not unduly infringe on the rights to freedom of peaceful assembly and of
association.

The government of Zimbabwe must be encouraged to comply with International human rights
standards and guidelines such as the Guidelines for the Policing of Assemblies by Law Enforcement
Officials in Africa; the United Nations Basic Principles on the Use of Force and firearms by law
enforcement officials and the 10 principles for the Proper Management of Assemblies developed by
the mandate in 2016.