As Haruzivishe, Masaraure are freed on bail 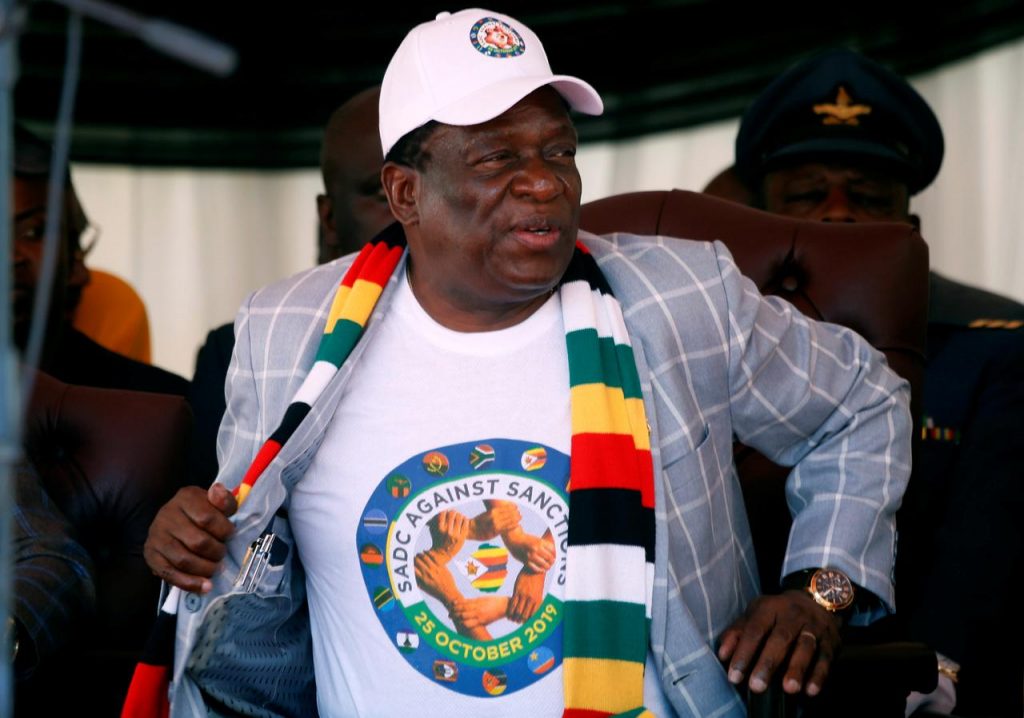 A ZIMBABWEAN court on Tuesday 30 June 2020 condemned Epraim Mutombeni,
the Director of Masvingo Centre for Research Advocacy and Community
Development (MACRD), a local non-governmental organisation, to prison
after he was arrested Sunday 28 June 2020 and charged with undermining
authority of or insulting President Emmerson Mnangagwa.

Mutombeni aged 28 years was denied bail by Magistrate Mbonisi Ndlovu,
who ruled that the MACRAD leader is a flight risk and could escape
from standing trial.

Mutombeni, who is represented by Martin Mureri of Zimbabwe Lawyers for
Human Rights (ZLHR) had applied for his release on bail after he was
arrested by Zimbabwe Republic Police (ZRP) members on Sunday 28 June
2020 and charged with undermining authority of or insulting President
Mnangagwa as defined in section 33(2)(a)(i) of the Criminal Law
(Codification and Reform) Act.

Prosecutors alleged that Mutombeni faulted President Mnangagwa during
an address to some commuters, who were queuing and waiting to board a
ZUPCO bus, for presiding over Zimbabwe’s agonising economic crisis and
demanding that the ZANU PF party leader resigns.

Mutombeni is alleged to have uttered the words; “Murikuona kumira
kwamakaita pa queue imhosva ya President E.D Mnangagwa arikukwidza ma
prices e fuel achiba mari nevana vake. E.D must go,” which if loosely
translated means; “You are suffering as a result of President
Mnangagwa’s poor leadership and corruption committed by himself and
his children and his failure to stem fuel price hikes and he should
resign.”

ZRP members also arrested freelance journalist Godfrey Mtimba and
charged him with undermining authority of or insulting President
Mnangagwa before releasing him into the custody of his lawyer Phillip
Shumba of Media Institute of Southern Africa-Zimbabwe Chapter. ZRP
members said they will summon Mtimba to appear in court this week.

Mutombeni and Mtimba are the latest persons to be arrested and charged
with undermining authority of or insulting President Mnangagwa.

In Harare, Magistrate Barbra Mateko on Tuesday 30 June 2020 set free
pro-democracy campaigner Makomborero Haruzivishe on RTGS$1 000 bail
after he was arrested on Monday 29 June 2020 by ZRP members and
charged with committing public violence for allegedly participating in
an anti-government protest against hunger and abuse of financial
resources by President Mnangagwa’s administration.

Haruzivishe, who was represented by Gift Mtisi of ZLHR, was charged
with participating in a gathering with intent to promote public
violence, breaches of the peace or bigotry as defined in section 37 of
the Criminal Law (Codification and Reform) Act and for contravening
section 5(3) (a) as read with section 5(1) of Statutory Instrument 99
of 2020 of Public Health (COVID-19 Prevention, Containment and
Treatment) (National Lockdown) Order, 2020.

Prosecutors charged that Haruzivishe participated in an illegal
demonstration held on 13 May 2020 in Warren Park 1 suburb in which
opposition MDC-Alliance party supporters allegedly staged a flash
protest against abuse of financial resources and the extension of a
government enforced national lockdown by President Mnangagwa.

During the demonstration, prosecutors argued, that Haruzivishe and
some protestors reportedly carried a placard inscribed “Unlock Us
Before We Revolt”.

Earlier on, Amalgamated Rural Teachers Union of Zimbabwe leader Obert
Masaraure was on Saturday 27 June 2020 set free on RTGS$500 bail after
he was arrested by ZRP members on Friday 26 June 2020 and charged with
participating in an anti-government protest held on Monday 22 June
2020 in which teachers allegedly demonstrated against poor salaries
working conditions.

Masaraure, who was represented by Mureri and Tonderai Bhatasara of
ZLHR, was charged with contravening section 37(1)(a)(i) of the
Criminal Law (Codification and Reform) Act and accused of leading an
unlawful protest together with 48 other people in which teachers
demanded to be paid US$520 in monthly salaries.