When I woke up this morning, there were two main things on my mind: to check if there was still Internet connectivity, as there had been widespread rumours last evening of an impending plan by the Zimbabwe government to shut it down at midnight 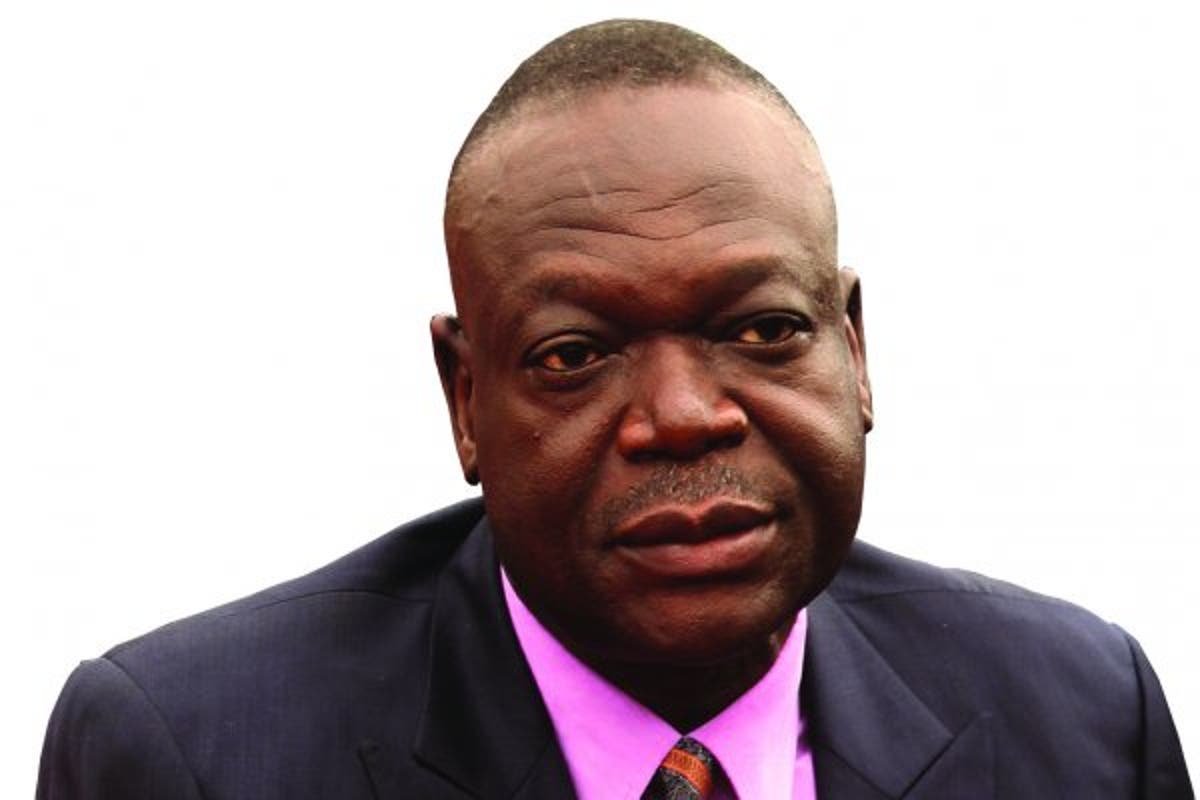 As they had done before in the midst of the January 2019 national protests against fuel price increases, that resulted in scores of unarmed people being gunned down by security forces – and, to write an open letter to the president Emmerson Dambudzo Mnangagwa, urging him not to suppress the people’s sincere cries of hunger and poverty, by distorting this with his regime’s personal fight with the United States of America (USA), as the two were not linked.

However, in the midst of my joyful discovery that the Internet was fully operational – as my WhatsApp messages started flooding into my smartphone – my eye fell on something I could not immediately believe…the news that the minister of lands and agriculture, Retired Air Chief Marshall Perrance Shiri, had passed away, ostensibly due to COVID-19.

Obviously, that immediately captured my undivided attention, as I swiftly perused through my messages, trying to gather as much detail as I possibly could. And, yes, indeed, it was true, as the state broadcaster was to belatedly inform the nation.

As to be expected, the social media scene was already abuzz with this “Breaking News” – however, what took centre stage, typical of the highly polarized nation that we are, was the bitter divide between those who mourned the former liberation struggle veteran, and military guru (who was also central in the coup d’etat that toppled long-time tyrant Robert Gabriel Mugabe in November 2017) as an astute and iconic revolutionary, and on the other hand, those who viewed him as nothing but one of those behind the Zimbabwe regime’s unsavoury brutal, barbarous, and murderous reign of terror.

It is, nonetheless, very unAfrican to say anything bad about someone who has passed on – as in Shona we say, “Afa anaka”, literally meaning, “Someone who has died is now a good person” – but, I then found myself thinking: in life, there are those who have caused so much untold harm and hurt upon others, such that, it becomes nearly impossible to sympathize with them even in their death, or misfortune.

As cruel as this may sound, but it is the brutal truth.

I imagined someone hearing that the person who tortured, raped, and killed his/her mother has died…honestly, how is he/she expected to feel?

It would, obviously, be extremely hard (understandably so) not to rejoice – or, at the very least, merely feel a cold and empty sense of relief.

At the core of this raging debate was the late Air Chief Marshall’s role as commander of the dreaded 5th Brigade, which spearheaded the 1980s much-hated Gukurahundi genocide – that saw the gruesome, heartless, and cold-blooded butchering of over 20,000 innocent Ndebele speaking men, women, and children, including, the gorging to death of unborn babies from their pregnant mothers’ wombs by using bayonets, mass rape of women and girls (with their husband’s either made to watch, or to commit the actual abuse), hacking off limbs from men and boys (with their wives and children forced to cook and eat them), as well as whole families burnt alive in their homes.

Swiftly, as if hit by some huge rock on my head, very traumatic memories of my own personal childhood experiences with aspects of this most shameful, savage, and sadistic part of Zimbabwe’s history flooded my mind. As if I had been taken back into the past – a dark past that, most times, I prefer not to remember.

What hurt me the most with this debate on Shiri’s legacy, was the sheer ignorance, or blatant arrogance by some people in refusing to acknowledge the unequivocal truth about this vile and abominable part of this country’s past, and the people who orchestrated it – with others disingenuously attempting to somehow justify the clearly unjustifiable. Typical of what we in Zimbabwe have come to expect from this regime.

I personally witnessed facets of this Gukurahundi genocide in Redcliff (near Kwekwe), where I was born and bred. This was arguably the most traumatic part of my whole life – especially, considering that this was a mere 11 year old grade four little boy in 1984, having to torturously watch all these atrocities being committed on an innocent people, purely based on tribe.

In that part of the country (the Midlands province) we grew up in communities with a wide mixture of tribes and races, and we were all friends and knew no tribe nor race.

But, the ruling ZANU PF party tried its utmost best to change all that, by lethally sowing seeds of tribal hatred, and pitting one against the other.

I am sure most can guess who the ‘commander’ of these atrocities in our Redcliff area was. He is now at the very top of this country.

However, at that time, he would mobilize his party faithfuls in the area to beat up, and kill any Ndebele speakers as they could – with the assurance that the govt would protect them – even going as far as morbidly joking that, if the Ndebele approached the police with bruises, they would simply say that they (Ndebele) must have fallen, and hurt themselves, whilst drunk.

The good thing, though, is that, they largely failed to divide the ordinary citizenry – as we remained united – but it was ZANU PF itself that committed these atrocities.

I clearly recall hearing the chants and sloganeering of those blood-thirsty murderous youths, toyi-toying during the evening – whereby, out of menacing fear, my parents would take me into their bedroom, switch off all the lights in the house, and we would tremblingly peep through the window, as we watched them (youths) blood-thirstly march towards their targeted victims’ homes.

Moments later, through their chilling and blood-curling singing and sloganeering, a burst of flames would deathly lighten up the night – as we immediately knew that another home had been torched – and, sounds of pain-filled and agonizing screams would overcome all sounds of the night, clearly the result of barbaric and ruthless beating.

This was followed by more marching, toyi-toying, and singing, as the group marched to another house.

Nonetheless, at times, these scenes would pan out right in front of my eyes, as I watched some of my very close friends’ homes being razed to the ground, their parents beaten to a pulp, and left for dead… whilst, my friends and their siblings cried helplessly (remember we were mere +/- 11 year olds, as well as much younger siblings).

Some days, we (Redcliff residents) were involuntarily assembled at an open place, whereby Ndebele speakers would be commanded to climb up very tall trees, then instructed to jump down. Most breaking their limbs on impact.

All this, whilst the usual party faithfuls would be singing revolutionary war songs.

I can even hear one of the songs ringing in my ears right now, as I write this.

These who were unfortunate to be killed, were quickly taken to the Ziscosteel railway line, tied there, and left for the night train to grind them.

Of course, the cause of death would be stated as suicide.

I can still remember all this, as if it were only yesterday.

As much as my own father was in the ZANU PF district executive – from his nationalist activism days during the liberation struggle, that saw him blacklisted by the (Rhodesia Prime Minister) Smith regime – he, nonetheless, did not support this barbarism, and would secretly give advance warnings to as many targeted families as he and my mother could reach, so that they would flee for safety before the murderous thugs arrived that evening.

Those were the days it was firmly engraved in my mind, heart, and soul that ZANU PF was an evil, demonic, and satanic group – and, my life’s destiny was immediately cast in stone.

In witnessing all those traumatizing atrocities and evil with my own eyes, it was like being baptized with a raging fire of fearlessness, and a loathing of any forms of injustice.

I was never to fear anything that ZANU PF did, as it became my God-given mission to get rid of this Satan-sent curse on the people of Zimbabwe.

That’s how I started writing articles in 1989, at the age of 16 – in local Kwekwe newspapers – bravery speaking out, and standing up, against the regime’s nefarious, brutal, and corrupt rule.

As much as my parents, understandably, did not approve – my mother, obviously, fearing for my life, and my father simply against the criticism of his party – as well as the occasional threats from the local ZANU PF leadership (with some telling me, and my parents, that they would make the cock – ZANU PF symbol at that time – crow very loud in the dead of night in Redcliff, and ‘deal with me’ in the process – but, that never moved me an inch.

My best friend at school, the late Brian Murau, numerously tried to warn me to stop – as he made a play over my nickname at the time, ‘The Unoppressed Mind”, telling me that ZANU PF would soon turn me into ‘The Suppressed Mind’ – nonetheless, that never stopped me writing.

However, my main source of inspiration came from a very unlikely person – the editor of one of the weekly newspapers I contributed to, ‘The Midweek News’, the late Domimic Mazango, who, as it turned out, was one of the local liberation struggle war veterans association leadership.

It was clear that he also did not support how the once revolutionary party had morphed – in typical ‘Animal Farm’ fashion – into the very system that thousands upon thousands of selfless men, women, boys, and girls had sacrificed their lives for, during the perilous war of independence.

He, as well as I, were thoroughly convinced that all those gallant Sons and Daughters of the Soil – and, so many others, like my own father, who had played their nationalist activism roles in their own way – had not given up everything, most paying the ultimate sacrifice, so that only a small elite opportunistic ruling clique could benefit from the country’s independence, at the expense of the majority.

Neither, did they fight so that they would establish a monopolistic socio-legal system, that would repress, brutalize, and even murder any who did not agree with, or chose to stand up against, the government of the day.

Yet, that is the very system that has pertained in Zimbabwe ever since the country attained independence from Britain on the midnight of 17 April 1980 – with all those aspirations, and joyous transports of jubilation at the Rufaro Stadium celebrations (whereby, my father lost a shoe, in the midst of all the excitement) – where an oligarchical few amass all the country’s wealth, whilst rest of the population wallow in abject poverty.

This struggle continues, and as long as the Almighty Jehovah God’s breath of life is still in me, I will never rest until true freedom, and prosperity is enjoyed by each and every Zimbabwean.