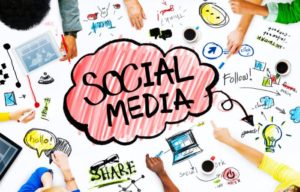 ZRP members arrested Milton Murairwa, a 31 year-old police officer and
charged him with undermining authority of or insulting President
Mnangagwa as defined in section 33(2)(a)(i) of the Criminal Law
(Codification and Reform) Act after he allegedly posted a message
which reads “ED ne Team yake Must GO” on a WhatsApp group for police
members stationed at Mbare Police Camp.

Prosecutors told Harare Magistrate Denis Mangosi that Murairwa
publicly and unlawfully intended to engender feelings of hostility to
46 members who are on the Mbare Family WhatsApp group against
President Mnangagwa by posting such a message on a social media
platform.

Murairwa, who was represented by Moses Nkomo of Zimbabwe Lawyers for
Human Rights (ZLHR), was set free on Saturday 11 July 2020 after he
was granted RTGS$3 000 bail by Magistrate Mangosi, who also ordered
him not to interfere with state witnesses and to continue residing at
his given residential address.

Murairwa is the second police member to be arrested and charged with
undermining authority of or insulting President Mnangagwa in the past
two months after the law enforcement agents arrested Shungudzemoyo
Kache, a police officer, who allegedly told a Harare resident Stanley
Mabhachi, who was wearing a scarf with the Zimbabwean flag colours,
that President Mnangagwa is a “used condom.”

Meanwhile, the High Court in Masvingo will on Wednesday 15 July 2020
preside over the hearing of a bail application filed by Godfrey
Kurauone, the Councillor for Ward 4 in Masvingo Urban constituency,
who has been languishing in detention after he was arrested by ZRP
members on Monday 6 July 2020 and charged with undermining authority
of or insulting President Mnangagwa as defined in section 33(2)(a)(i)
of the Criminal Law (Codification and Reform) Act.

Kurauone, who serves as the MDC-Alliance party Youth Assembly’s
National Organising Secretary, was denied bail by Masvingo Magistrate
Patience Madondo on Wednesday 8 July 2020, who ruled that he is a
flight risk, who if freed on bail will abscond standing trial.

In court, prosecutors told Magistrate Madondo that the 33 year-old
Kurauone accused President Mnangagwa during an address to some
commuters, who were queuing and waiting to board a state-owned
Zimbabwe United Passenger Company bus, of leading a corrupt
administration and hence should resign.

Kurauone, who is represented by Martin Mureri of ZLHR, is alleged to
have uttered the words; “Let’s us unite and remove this corrupt
government and Mnangagwa. President Mnangagwa and his criminals must
go.”