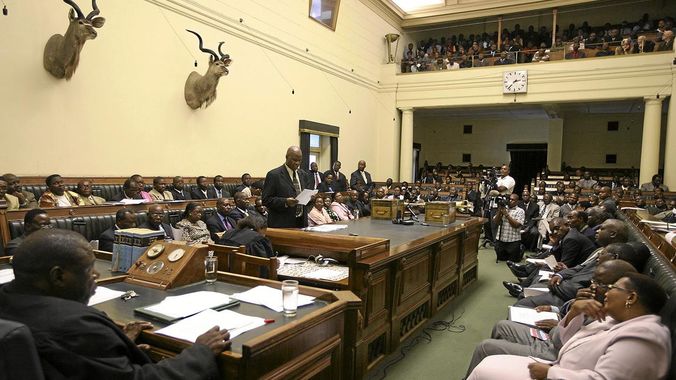 Parliament’s Committee on Standing Rules and Orders [CSRO] has published the self-explanatory notice set out below.  It notifies the holding of the public interviews to be conducted on Friday 10th July of candidates to fill eight vacancies on the Zimbabwe Media Commission [ZMC].  The vacancies exist because the terms of office of all eight ZMC members, and their chairperson, expired on the 31st December 2014.  The eighteen candidates named in the notice are those shortlisted by the CSRO from the candidates nominated by the public [see Commissions Watch 2/2020 [link] for the CSRO’s invitation to the public to submit nominations in February].

NAMES OF CANDIDATES SHORTLISTED FOR THE

The Committee on Standing Rules and Orders (CSRO) is mandated, in terms of Sections 237 & 248 of the Constitution, to select suitable candidates for appointment by His Excellency, the President, to serve on the Zimbabwe Media Commission. There are eight (8) vacancies in the said Commission. In line with the aforesaid mandate, an advertisement was placed in the national newspapers on the 1st February, 2020 requesting the public to nominate persons for possible appointment with a view to filling the vacant positions. Nominations closed on the 28th February, 2020. The interviews could however not be held earlier due to the lockdown occasioned by the COVID19 pandemic.

In terms of the Constitution, members of the Zimbabwe Media Commission must be chosen for their integrity and competence in administration, their knowledge and understanding of human rights issues and the best practices in media matters.

The Committee on Standing Rules and Orders (CSRO) met on Wednesday, 17th June 2020 and carried out an exhaustive analysis of the nominated candidates to decipher their suitability for consideration to serve on this Commission. The following eighteen (18) out of the thirty-eight (38) nominated candidates were shortlisted for interviews to be held on the Friday, 10th July, 2020 in the Senate Chamber, at Parliament Building, corner Third Street and Kwame Nkrumah Avenue, Harare as appended below:

All the above listed candidates are advised to be seated in the National Assembly Chamber, Parliament Building by 07:45hrs. Candidates who are not in the Chamber by the commencement of interviews will be disqualified. They must be wearing facemasks and shall be expected to adhere to all COVID19 protocols as directed by the Ministry of Health and Child Care.

Links to these platforms can be obtained by visiting our website www.parliament.gov.zw. We sincerely apologise to our valued stakeholders for having to take this route as we thrive to prevent and minimize the spread of the corona virus.

What Must Happen after the Interviews?

After the CSRO has conducted the interviews, it must prepare a list of nominees for appointment from those interviewed, and then submit the list to the President [Constitution, section 237(1)(d) and (e)].

The list must contain at least TWELVE nominees [Constitution, section 248(1)(b)].

The President must appoint the eight new Commissioners from the list submitted.  His choice is restricted to the persons on the list; there is no provision allowing the President to request the CSRO to compile a fresh list.

Public interviews of candidates to fill the single vacancy on the Zimbabwe Gender Commission will be conducted after the Media Commission interviews.   The interviews will also be in the Senate Chamber and are scheduled to begin at 1530 hrs, as already notified in Commissions Watch 9/2020 [link].   The five candidates to be interviewed are: