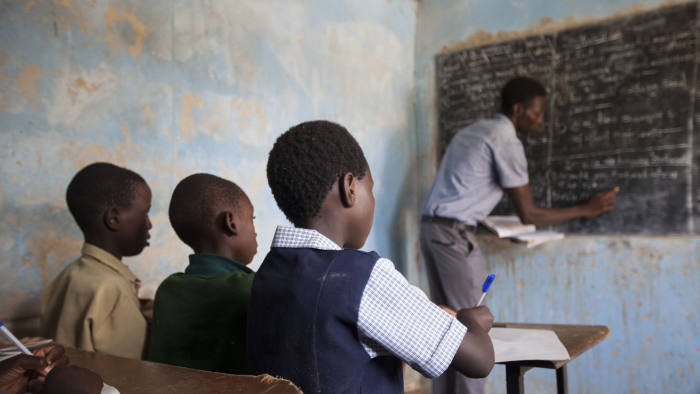 A change from chalk: classroom in a makeshift school before the pandemic struck, giving greater impetus to make online access to education a greater priority © Anadolu Agency via Getty Images Share on Twitter (opens new window)Be the first to know about every new Coronavirus story Get instant email alerts Schools and universities around the world switched to online teaching during the pandemic, but for developing countries in which internet access can be scarce, the transition has not been easy. “All academic institutions were moving [to] virtual. But there was this yawning gap, as to whether virtual education was really reaching those areas that needed it most — the furthest corners of Africa, Latin America and Asia,” says Rangita de Silva de Alwis, associate dean of international affairs at University of Pennsylvania Law School. As part of the FT’s recent legal hackathon, Ms de Silva de Alwis and her team led a project to improve access to online education. With many students in the developing world at risk of being left behind because of school closures and lockdown restrictions due to Covid-19, she says, the hackathon came at a critical time. When the FT launched the legal hackathon in April, the goal was to bring people with different skills together to find answers to urgent problems arising from the pandemic. Of the 170-plus projects, some are now pushing ahead to make their initiatives a reality.

Zimbabwe’s learning passport This week, Zimbabwe launched its own version of Microsoft’s new learning passport, an online tech platform providing free education resources. It guides student learning and keeps a digital record of what they learn. It was developed by Unicef, the UN child development agency, in partnership with local academic institutions and the ministry of education. Ms de Silva de Alwis’s project team helped make the move possible by collaborating with Microsoft and Unicef in developing the Guiding Principles on Inclusive Distance Learning, a framework drawing on international human rights law. The principles are a set of moral obligations, aimed at inspiring renewed commitment everywhere to making education more accessible and inclusive.

With half the global population having no access to broadband internet, she says it was important that the platform worked on mobile phones in addition to other digital platforms, since users are more likely to have access to a smartphone than to an internet-enabled computer. Natalie Payida Jabangwe, chief executive of EcoCash, a mobile payments company in Zimbabwe, co-led the team. She used the guiding principles to make a case to Zimbabwe’s education ministry that the government had a duty to provide education for all. 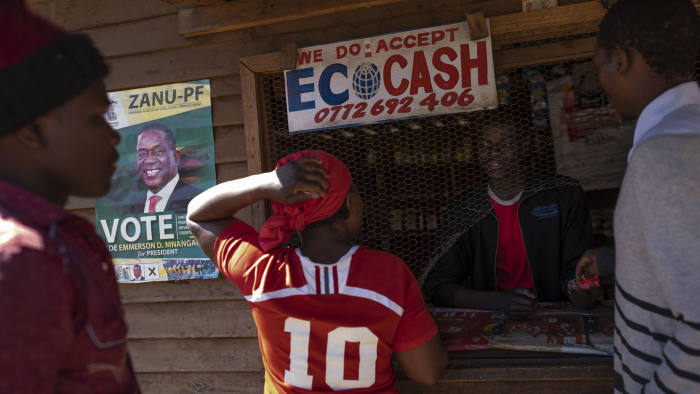 In April, Unicef and Microsoft had just launched a digital learning passport with the University of Cambridge — designed to provide context-specific, scalable education to those most in need — so the technology was already available. Unicef worked directly with academic institutions in Zimbabwe to create relevant educational content, which has now been added to the online platform. Institutions and individuals can register for free to access it. “You’re impacting a whole new generation of students in Zimbabwe, who would otherwise have been left behind because of Covid and their inability to access virtual education,” says Ms de Silva de Alwis. 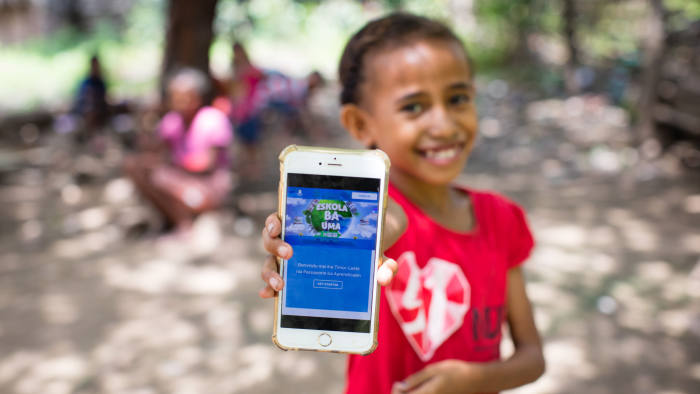 A journey of the mind: a girl in Timor-Leste, where schools closed because of Covid-19, uses the Learning Passport platform developed by Microsoft, UNICEF and the University of Cambridge © Bernardino Soares/UNICEF

She hopes the Zimbabwe example will become a model that can be adapted by public and private partners in different countries and is contacting additional partners to expand the initiative — starting by working with the World Bank on potentially adapting it in Sierra Leone.

Another hackathon project gaining momentum is Food WAYste, a global directory to help food business operators understand waste laws in different countries. About one-third of all food globally is lost during production or wasted once it is ready for consumption, according to the UN Food and Agriculture Organization (FAO). The problem is set to be made worse by hospitality sector closures and curbs on movement caused by Covid-19. “There are different regulations in every country, the norms are pretty complicated and there are no legal directories,” says Marco Imperiale, a lawyer and innovation officer at LCA Studio Legale in Milan, and part of the project team. In France, for example, there are tax incentives for companies that avoid food waste, says team member Martina Terenzi, a junior associate at LCA. In Canada, the government provides tax credits for donated food products. 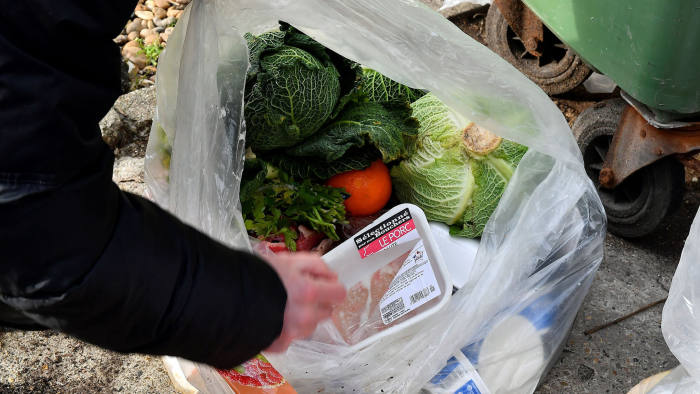 Leftovers: the FAO estimates that one third of all food produced globally goes to waste © AFP via Getty Images

The team focused on countries most affected by the pandemic, such as Brazil, the US and China. The online directory allows users to select a topic and a country on a map to see a quick version of relevant laws, along with a link to the legislation. They can also filter information and compare countries. Since the hackathon ended in May, the team has liaised with the FAO and other UN organisations, such as the World Food Programme, for feedback on how to implement the platform. It will also explore the possibility of adding guides to food businesses on improving their own operations. The team still holds weekly planning calls and is working with the FAO on a scientific publication on international food loss and waste. “We want to continue. The deadline of the hackathon was just the starting point of this project,” says Ms Terenzi.