HARARE-Lying on a hospital bed, Cecilia Chimbiri writhed in pain and sometimes struggled for breath. But she was determined to tell her story – one that had a similar ring to several others told by human rights defenders (HRDs) tortured by suspected state security agents in recent weeks and months.“They forced us to drink urine. They beat us under our feet, (and on) my back. They were also beating us with bare hands. But most of all, they violated me. They sexually assaulted me…I thought they wanted to rape me,” she said recently. 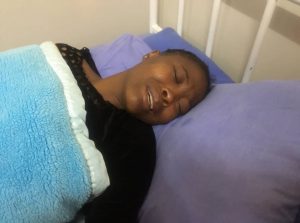 Chimbiri had been abducted together with Harare West legislator Hon. Joannah Mamombe and activist Netsai Marova. Their lawyers from Zimbabwe Lawyers for Human Rights (ZLHR) said they were picked up at a roadblock near the city centre and taken to Harare Central Police Station. From there, they were bundled into a Toyota Wish and taken to an unknown location where they were severely tortured and accused of promoting civil unrest.

Government proceeded to reject this recommendation in March 2017. Human rights defenders deprived of their liberty during the outbreak of coronavirus pandemic have faced increased risks by being subjected to torture, cruel, inhuman or degrading treatment or punishment in violation of provisions of the Constitution which outlaws this practice in section 53,” said ZLHR Executive Director Roselyn Hanzi.