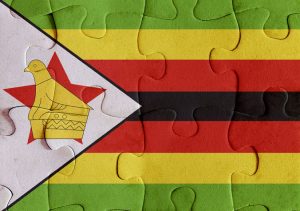 In a press statement, the Zimbabwe Heads of Christian Denominations (ZHOCD) said the meeting “is part of a series of consultations lined up by the churches to find consensus on the current but also the long-standing challenges facing the nation.”

The ZHOCD reports that participants at the meeting discussed a series of issues affecting the nation. Participants raised concerns about the current state of the health sector characterised by the protracted strike by medical personnel, especially as the nation battles with increasing Covid-19 cases. They also noted that the resources mobilised for the pandemic were not being satisfactorily put to use.

Another point of unease was the “failure to implement the constitution.” The Christian leaders and political representatives agreed this has led to “an increase in fear among citizens confronted by violence and unresolved cases of abductions and systematic torture at the hands of persons alleged to be state functionaries.”

The meeting also highlighted the negative effects of the current economic collapse in the country. They pointed out that even the informal economy, which had become the source of livelihood for many citizens, has been destroyed not only by the pandemic, but also because of poor economic policies. In addition, the increase in the level of poverty has further marginalised citizens, especially women and children.

At the same time, the political representatives noted that at the heart of many of the country’s issues is the failure to “bring closure to the many hurts and human rights violations of the immediate and long-past, including, but not isolated to, Gukurahundi.”

They pointed out that due to this wounded past, some communities feel marginalised from national development priorities.

The Gukurahundi refers to a series of killings of mainly Ndebeles in Matabeleland from 1983 to 1987 by military forces. It is estimated that approximately 20,000 civilians were killed. This Shona word Gukurahandi loosely translates as “the early rain which washes away the chaff before the spring rains.”

In light of these concerns, the participants pointed out that the “intertwined and overarching nature” of these issues require an “urgent, inclusive, broad-based national dialogue process” involving political parties, churches, the security and business sectors, among others.

The participants, therefore. requested the collaboration of all stakeholders as these issues can “neither be addressed in isolation nor by a few actors.”

Severe droughts in the country, which used to be the breadbasket of southern Africa, have now made it one of the most food-insecure countries in the world. Electricity and water supplies have also been reduced, with widespread rationing.