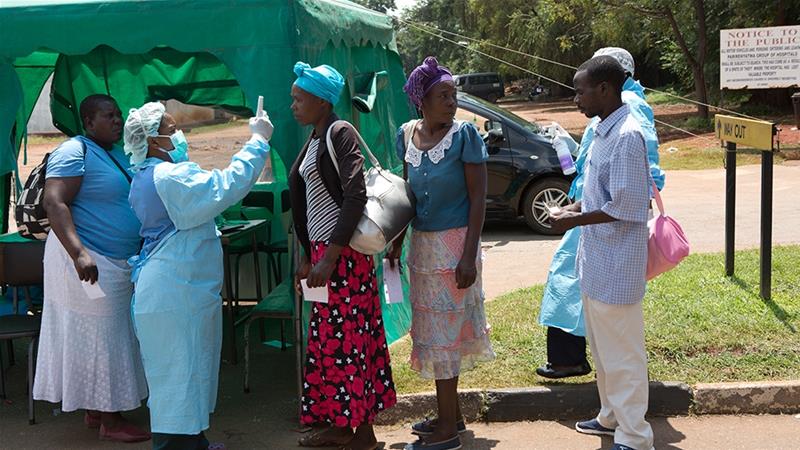 This report covers two days, Friday 17 and Saturday 18 July 2020 which marked days 108 and 109 of the national lockdown declared by President Emmerson Mnangagwa and has been in place since 30 March 2020 respectively. By Saturday16 July 2020, confirmed COVID-19 cases had increased to one thousand four hundred and seventy-eight (1 478). The number of cumulative tests done stood at one hundred thousand three hundred and seventy-six (100 376). The death toll increased to twenty-five (25).
2.0       Methodology
Information contained in this report is derived from the following Forum Members:
3.0       Highlights
The Permanent Secretary in the Ministry of Information and Publicity Mr Nick Mangwana reported that 14 Malawians who had been quarantined at Mushagashe Quarantine Centre were repatriated to Malawi. On the 14 Malawian citizens, 12 had been intercepted by police at Nyanda block along the Harare-Beitbridge Highway. 4 had been intercepted at Gokomere when their truck broke down whilst the other 2 escaped from Mushagashe. Meanwhile, 2 of the 17 people who escaped from isolation at the National Social Security Authority (NSSA) hotel have been located after infecting eight of their relatives with Covid-19 in Madaulo area some 90 km east of Beitbridge town. The infected are mainly children below 10 years save for one who is 15 years.A survey by civil society group, Habakkuk Trust, has revealed that Matobo and Bulilima districts in Matabeleland South were receiving an influx of illegal returnees, mostly from Botswana and South Africa, sparking fears of a possible spike in the COVID-19 cases in the two districts. In its survey report, Habakkuk Trust stated that communities living along the Zimbabwe-Botswana border area were living in fear of the implosion of the COVID-19 pandemic as the number of illegal returnees in those areas continue to increase. Of concern from the report was that community members are seemingly hesitant to report border jumpers to the police or local leadership, putting more people at risk of contracting the virus.

Claybank Private Hospital in Gweru shut down after a patient tested positive for COVID-19, forcing all staff to self-quarantine in a bid to curb the spread of the pandemic. Midlands Provincial Affairs Minister Larry Mavhima reported that the private medical facility closed its doors and evacuated patients after a patient tested positive for the virulent disease. The other staff members, mainly nurses, are in self-quarantine awaiting results.

ZANU PF youths have threatened to work hand-in-glove with police in arresting protestors planning to stage anti-government protests on July 31 with regard to violating the terms of the national COVID-19 lockdown. Addressing small-to-medium business operators in Mbare, ZANU-PF acting deputy youth secretary Tendai Chirau said they would do everything possible to defend President Emmerson Mnangagwa, including working with the police to beat up and arrest protesters. Meanwhile, the Zimbabwe Defence Forces (ZDF) has distanced itself from social media allegations that it is backing a deceitful plan by the opposition to effect regime change on July 31 under the guise of denouncing corruption. ZDF noted with concern false accusations peddled on social media that it said was intended to cause alarm and despondency within the nation. This comes as security chiefs in June warned of a plot by some opposition parties, working with foreign embassies in Zimbabwe and private media to undermine the authority of the Government, saying that those engaging in treasonous acts would be punished. In a statement, Defence Forces Commander General Phillip Valerio Sibanda dismissed the allegations as a figment of social media websites imaginations and not of the ZDF.

4.0 Abduction
In Harare, unknown assailants stormed the house and abducted the wife of the Amalgamated Rural Teachers Union of Zimbabwe (ARTUZ) President Obert Msaraure, and later dumped her after assaulting her. It was reported that the assailants were looking for Masaraure in connection with planning the 31 July protests which could potentially violate the COVID-19 regulations. However, when the assailants could not find him, they abducted and tortured her to reveal the location of his husband. After the torture, the unknown assailants dumped her in Harare South.

5.0       Summary of violations
The table below summarises human rights violations documented by the Forum Secretariat and Forum Members from 30 March to 12 July 2020.

6.0       Conclusion
The Forum continues to call on the government to put in place proper management and control of quarantine and isolation centres in the country. This will deter those in the centres from absconding at the same time protecting communities from infections.