With police and soldiers patrolling the streets and the government warning that any demonstrations would be regarded as insurrection, the protests against corruption and poverty planned for 31st July passed comparatively quietly. 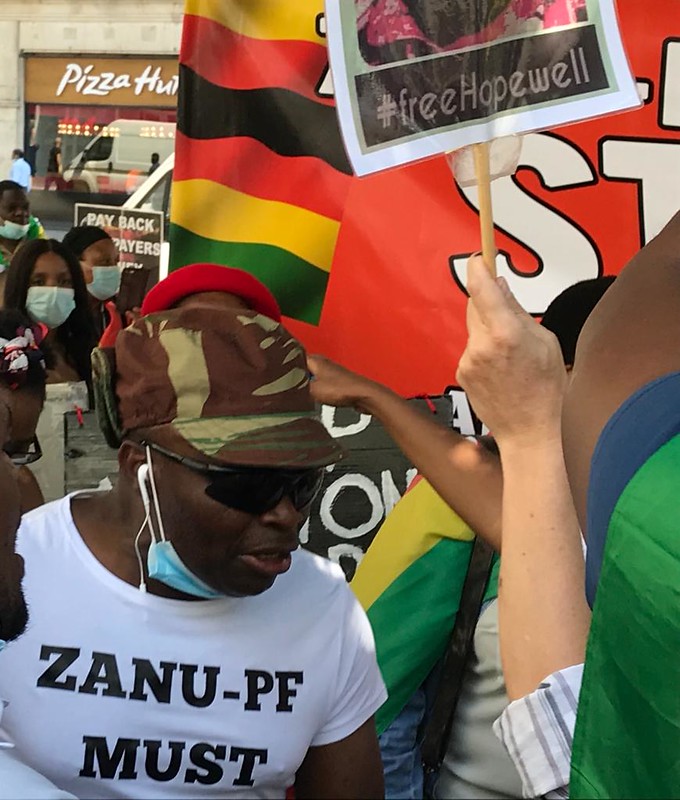 Perhaps this says more about the situation than anything else – except for the arrest of the novelist Tsitsi Dangarembga who, along with another protester, was bundled into a police lorry for carrying anti-government placards.

Dangarembga said the day before that the demonstrations were necessary because of the situation the country was in: ‘Every sector is disintegrating. Health, education, the economy. I am concerned for my safety. It would be naïve not to be because we have a very repressive regime.’

Her latest novel ‘This Mournable Body’ has been nominated for the highly-rated Booker Prize, whose organisers said: It ‘channels the hope and potential of one young girl and a fledgling nation to lead us on a journey to where lives go after hope has departed’. (See: https://www.bbc.co.uk/news/world-africa-53587651?intlink_from_url=https://www.bbc.co.uk/news/topics/cdnpj5jvgzgt/booker-prize&link_location=live-reporting-story).

The prominent journalist Hopewell Chin’ono, who was arrested earlier, said in a letter from prison that he refused to be part of the ‘stay positive’ brigade. ‘That nonsense of being asked to stay positive when there is nothing to be positive about is what made this country the absolute Shit Hole it is today!’ he wrote.

‘We have no clean running water, no electric power, no jobs, no money, no political will to Reform from Emmerson Mnangagwa, no fuel, we have CORRUPTION galore, no health care, nepotism and mismanagement of State institutions continues, looting of State and national resources also continues unabated, fraud by the political elites remains standard.

‘I have chosen to be on the right side of history . . . to be with the people . . . when I could have been with the tormentors making millions like what the Regime Associates do daily . . . I know the price for speaking against a gangster State, but more importantly, I also know the huge price for keeping quiet.’ (See: https://zwnews.com/hopewell-chinonos-letter-from-prison-full-text/)