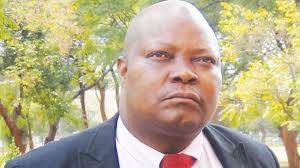 Sikhala was arrested Friday after being on the police radar from around July 31 after being put on its wanted list with 13 others including Jimmy Kunaka,Makomborero Haruziviishe, Godfrey Kurauone (arrested), Ostallous Siziba, Promise Mkwananzi, Denford Ngadzoire,Allan Moyo, Obey Sithole, Obert Masaraure, Peter Mutasa, Robson Cheese, Stephen Chuma and Godfrey Tsenengamu.

The Zimbabwe Lawyers for Human Rights advised on the charges he is facing in a short statement.

“Sikhala is the latest person to be charged with incitement to commit public violence after several people were arrested in July and early August and charged for allegedly urging people to protest on 31 July and for demonstrating on the same day demanding an end to corruption,” ZLHR said.

Sikhala has been hiding from the police prior to the July 31 demonstrations and continued calling for the masses to demonstrate against the human rights violations being perpetrated by Mnangagwa’s state machinery on innocent people.

Sikhala is being represented by Harrison Nkomo.

MDC Alliance condemned the arrest and demanded his immediate release.

“We object to the continued persecution of our members. Job Sikhala has not committed any crime. His arrest is unlawful and we demand his immediate release,” they said.