Booker Prize nominee Tsitsi Dangarembga was bundled into a police truck in Harare during anti-government protests. The demonstrations coincided with the second anniversary of President Mnangagwa's election. 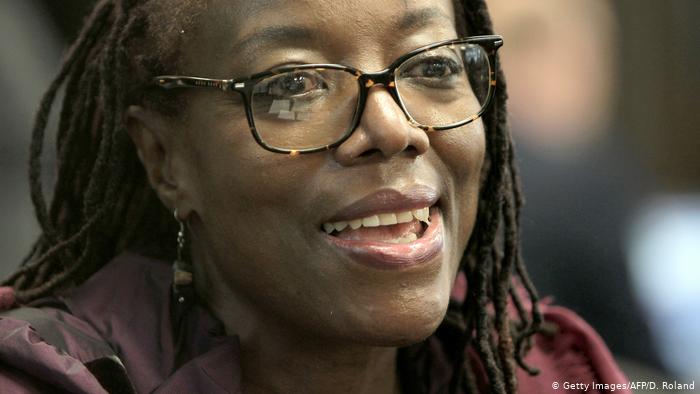 Award-winning author and filmmaker Tsitsi Dangarembga was among scores of people arrested in Zimbabwe on Friday as hundreds of military troops and police attempted to thwart anti-government protests.

Dangarembga, 61, was shoved into a police truck as she demonstrated in the upmarket Harare suburb of Borrowdale. Another protester alongside her was also bundled into the vehicle.

As a result of law enforcement restrictions, streets in the Zimbabwean capital, home to some 1.5 million people, soon became deserted as police and troops scrutinized documents at checkpoints to prevent unauthorized entry to certain parts of the city.

The demonstrations were aimed at coinciding with the second anniversary of President Emmerson Mnangagwa’s election victory, which opposition leaders have claimed was won fraudulently.

However, most people stayed home on Friday after police on Thursday warned of a severe response to those wishing to protest.

“All security arms of government are on full alert and will deal decisively with any individuals or groups fomenting violence,” police spokesman Paul Nyathi said in a statement.

Tensions are rising in Zimbabwe as the perennially-shaky economy faces added pressure. Inflation is more than 700%, the second highest in the world. Furthermore, the coronavirus pandemic has overwhelmed the country’s threadbare health system.

President Mnangagwa described the demonstrations as “an insurrection to overthrow our democratically-elected government.” He added that security agents “will be vigilant and on high alert.”

Speaking at the burial on Friday of cabinet minister Perence Shiri, who died from the coronavirus, Mnangagwa did not directly refer to the demonstrations but called for unity and urged citizens to avoid causing unrest.

Mnangagwa has been in power since November 2017 after replacing longstanding freedom fighter turned authoritarian Robert Mugabe. The army ultimately ousted Mugabe, only to put one of the former president’s closest allies in charge in his stead. Mnangagwa secured his first full term as president in July the following year after the country held a general election.

Fadzayi Mahere, spokeswoman of the main opposition MDC Alliance party, was also arrested on Friday, though the charges against her and Booker Prize nominee Tsitsi Dangarembga were not immediately clear, according to their attorneys.

Dangarembga wrote the prize-winning novel ”Nervous Conditions” in 1988. It was the first book written by a Black woman from Zimbabwe to be published in English and she was subsequently awarded the Commonwealth Writers’ Prize in 1989.