Government spokesman defends arrests of around 20 activists and opposition figures for peacefully protesting against the government on July 31.

Government spokesman defends arrests of around 20 activists and opposition figures for peacefully protesting against the government on July 31. 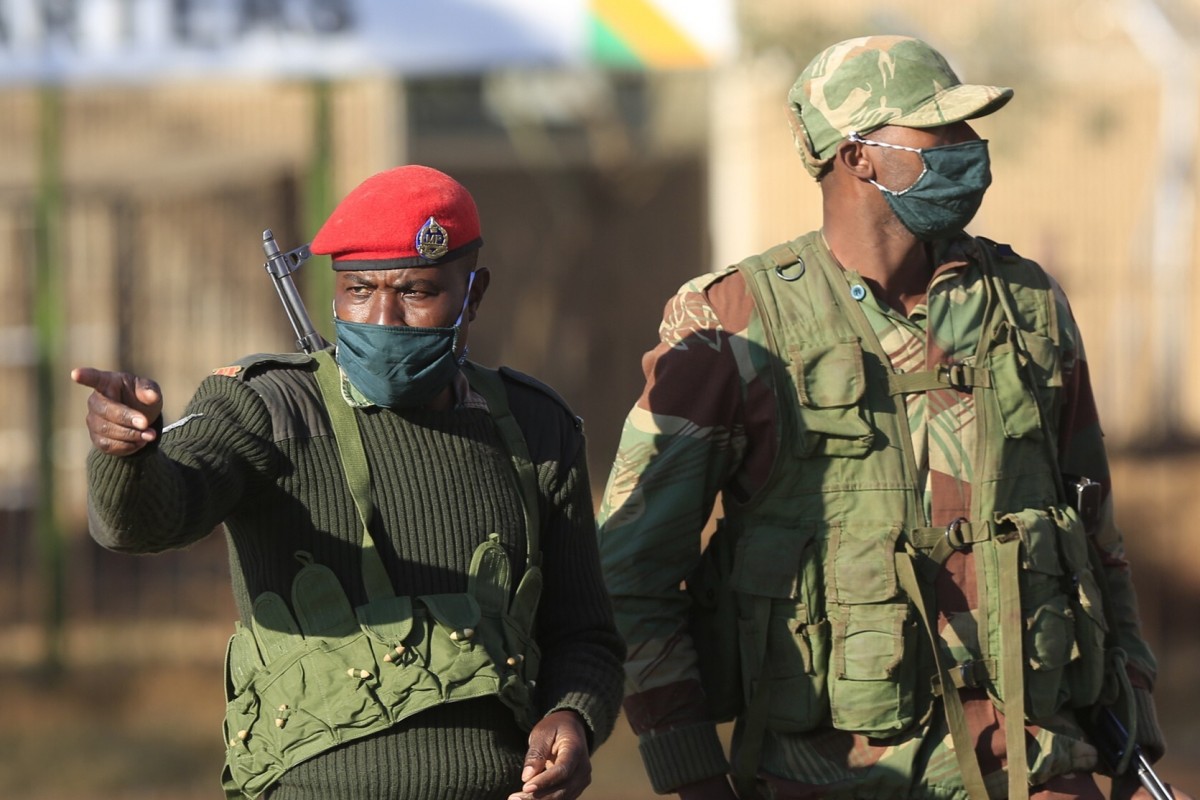 Tensions are rising in the once-prosperous southern African country that is experiencing its worst economic crisis in over a decade. Photo: AP

Zimbabwe’s government spokesman Nick Mangwana denied the country was in crisis despite a recent clampdown on dissent that sparked international outrage and shed light on long-standing social and economic woes.

Mangwana defended the arrests of around 20 activists and opposition figures for peacefully protesting against the government on July 31.

“The broken window theory indicates that if you let small crimes take place then bigger crimes will happen,” Mangwana said on Tuesday.

“You have to make sure that a broken window is repaired and that the person who broke that window is arrested,” he added, noting that the detainees were “high-profile” but not numerous.

Among the demonstrators snatched from the street were top Zimbabwean writer Tsitsi Dangarembga and Fadzayi Mahere, a lawyer and spokeswoman for the main opposition party Movement for Democratic Change Alliance.

Both were charged with inciting public violence and released on bail.

Zimbabwean journalist Hopewell Chin’ono has been in prison for about three weeks after being accused of mobilising anti-government protests. He has been denied bail twice.

Mangwana said justice was “blind” to a person’s social position and that laws applied to everyone.

He rejected all notions of “crisis” in Zimbabwe, claiming it was invented by political opponents seeking to “come into power”.

“Somebody lost an election in 2018 and refused to accept that loss,” Mangwana explained. “For there to be a case for international intervention, what they constantly do is say there is a crisis.”

Zimbabwe is still reeling from 37 years of economic mismanagement under former president Robert Mugabe, whose iron-fisted rule was ended by a military coup in 2017.

Many Zimbabweans complain that the situation has grown worse since Mnangagwa took power.

The president has struggled to redress galloping inflation that has wiped out savings and rendered basic goods unaffordable to most.

Inflation was over 737 per cent in June, one of the highest in the world.

This year, economic hardship has been exacerbated by drought and the coronavirus pandemic.

Nearly two-thirds of Zimbabwe’s 14.4 million inhabitants are predicted to face hunger by the end of 2020, according to the UN’s World Food Programme.

He denied reports of food insecurity, pointing out that supermarket “shelves are full”, and blamed economic downturn on lockdown measures to stem the spread of coronavirus.

“Every country is experiencing that, including South Africa,” Mangwana said. “So I don’t know why the Covid-19 attributable challenges would be considered a crisis in Zimbabwe and not a crisis elsewhere.”

The southern African country has seen coronavirus cases surge in recent weeks, with over 4,600 infections and at least 104 deaths recorded to date.

Critics say Mnangagwa is using coronavirus as a cover to thwart protests and hush his detractors.

Last week, the president vowed to “flush out” what he called “bad apples” and “detractors” that “weaken our systems”.

Rights groups say close to 100 Zimbabwean activists and opposition figures have been abducted and brutalised by suspected state agents operating under Mnangagwa.

“People are faking abductions,” his spokesman rebutted. “When you want to demonise a government you accuse it of all the worst kind of atrocities … it causes all sorts of outrage, and that it exactly the type of negative propaganda Zimbabwe is grappling with at the moment.”

The latest wave of arrests have sparked outrage on social media with the hashtag #ZimbabweanLivesMatter trending worldwide.

The United Nations recently expressed concern about the “clampdown on fundamental freedoms”, while the African Union has urged authorities to “protect human rights”.

The veteran politicians met with Mnangagwa on Monday but did not engage with opposition parties, sparking anger in both countries.

Mangwana said “wires got crossed” as “these types of missions” only spoke to heads of state.