Over the past month or two - ever since the announcement by some opposition political parties, as well as human and labour rights activists, of a planned national demonstration on 31 July 2020 against rampant corruption in the country, and the subsequent globally tending social media hashtag #ZimbabweanLivesMatter - the Zimbabwe government has ratcheted up its vitriol and aggression towards what it perceives as 'anti-Zimbabwe' elements, going as far as labeling any who speak out and stand up against this scourge as 'dark forces', 'terrorists', on top of other disdainful and dangerous monickers. 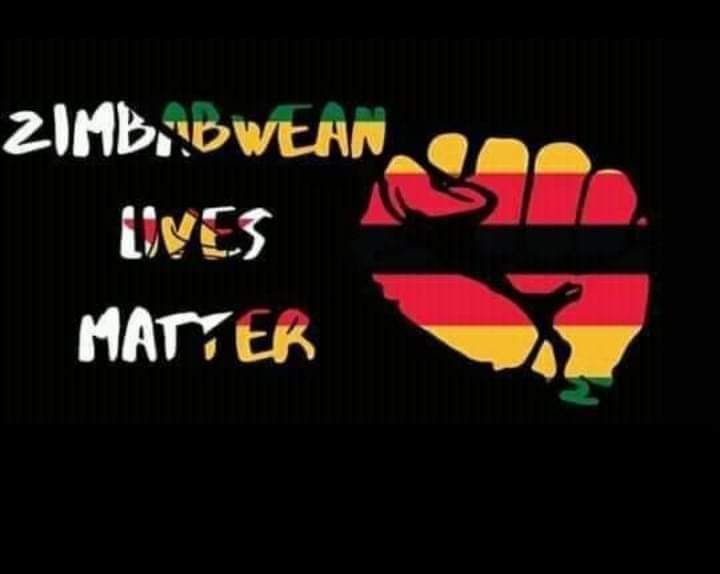 As much as the topic of gross violations of human rights in Zimbabwe has been such a burning issue for over a century – commencing with the colonization process by the British in 1890, through the Cecil John Rhodes led British South Africa Company (BSAP), to the post-independence Robert Gabriel Mugabe and his successor Emmerson Dambudzo Mnangagwa ZANU PF era – what made me pen this article is what the country has been through most recently, as this has an immediate and catastrophic bearing on our day to day lives as Zimbabweans in general, and human rights activists in particular.

No one is oblivious to the increased anger exhibited by the ruling ZANU PF regime over the widening scope of activism against the disturbingly ever-worsening rights situation in the country – as the regime has sought to unleash every known tool of repression in a clearly failing attempt to subjugate and stifle any forces of dissent, and those fearlessly exposing grand corruption at the very highest levels.

The Harare administration has disingenuously played the victim card, purporting to be under attack from largely Western countries, most particularly the United States of America (USA), the United Kingdom (UK), and the European Union (EU) – whom they have consistently branded as being their perennial detractors – whose objective is to effect ‘illegal regime change’, through the sponsoring of anarchy and lawlessness in the country, mainly by means of ‘unjustified and illegal economic sanctions meant to harm ordinary citizens, thereby causing a popular uprising’, and use of opposition political parties and civil society.

As someone not privy to the goings on in various Western capitals, their true relationship with local political parties and civil society organizations, and their ultimate goal in Zimbabwe, I will, therefore, not even attempt to rubbish most of these claims outrightly – as that would make me a pathetic liar, for defending something I have absolutely no knowledge about.

However, there is one thing I have plenty of knowledge – that is, the majority of ordinary Zimbabweans, of whom I am one of, harbor no hidden agendas, but are honestly fed up with the current elite opportunistic ruling clique – who have caused us untold suffering.

We are also utterly enraged at the despicable and outrageous levels of corruption in the country, especially by this same ruling class – and their elite cartel accomplices – who have shamelessly pillaged our country’s resources (with obscene figures ranging in the billions and billions of US dollars) with arrogant impunity – as if there was no tomorrow – thereby, emptying state coffers, destroying state enterprises, as well as impoverishing the vast majority of the citizenry.

As for the so-called ‘economic sanctions imposed by the West, that have crippled the country and harmed ordinary people’s lives’ – quite honestly, I have since grown weary, and thoroughly fed up, with constantly and consistently requesting those fond of pulling out this long worn-out and over-played card, and all those willingly repeating this yarn, to kindly provide me with any irrefutable and incontrovertible evidence of the existence of such measures – because, all I know is that the US, UK, and EU imposed travel bans and asset freezes on about 142 top officials and entities accused of gross human rights abuses, electoral fraud, and corruption, as well as the prohibition of the transfer of defence items and services, and suspension of non-humanitarian government-to-government assistance.

Similarly, the main reason the country is not receiving any balance is payment support, or any other loans and grants from international financiers, is due to its ever ballooning debt, ranging in the billions of US dollars – that the regime has ignored to repay in over two decades.

Even the administration acknowledges this fact, whenever is is convenient for them – especially, when delegations from such institutions as the World Bank (WB), or International Monetary Fund (IMF) are around town.

Every time I make such a request for unequivocal and concrete proof of these ‘economic sanctions’ there is absolute silence – as if such articles and social media posts, for some strange reason, are the only ones that people never seem to read or see – yet, the same people are all too eager to regurgitate their usual discredited unsubstantiated and questionable claims of ‘economic sanctions crippling the country’, at the drop of a hat, wherever it suits them.

As mentioned before, I – as well as the rest of the population – are not driven by some ulterior political motive, but solely by an unshaken love for this country, as well as the welfare and wellbeing of the entire citizenry (across the political divide), and as such, would gladly become an ‘anti-sanctions crusader’ should anyone come forth with the requested evidence – besides, I always sign off all my articles with my contact details.

So, why the silence?

Therefore, when we then make a lot of noise against top level government corruption, and the resultant savage human rights abuses, we are not being ‘anti-Zimbabwe’, but purely ‘anti-corruption’, ‘anti-abductions’, ‘anti-repression’ – in fact, we are anti anything that is anti-people…and ZANU PF being the one presiding over this whole rot, we understandably blame them.

Furthermore, ZANU PF is certainly not Zimbabwe – so how can our dissent and anger against the suffering caused by the ZANU PF regime be likened to being ‘anti-Zimbabwe’?

Surely, can ‘anti-[US president] Trump’ outrage in the US be labelled ‘anti-US’? Are these the works of ‘dark forces’ and ‘terrorists’ in the US? Were all those global protests against Trump, that we witnessed at the dawn of his presidency in 2017, anti-US sentiments?

The people of Zimbabwe have had enough of these lame excuses by this regime to camouflage its unparalleled failures, and shameful attempts to justify its gross violations of human rights. We demand accountability! We demand justice! And we demand our lives, dignity, and respect back!

Because, quite frankly, #ZimbabweanLivesMatter, and that is most certainly not negotiable.