You would have to have a heart of stone not to laugh at President Mnangagwa assuring the people that everything is on course for Zimbabwe to be a middle-income country within 10 years. 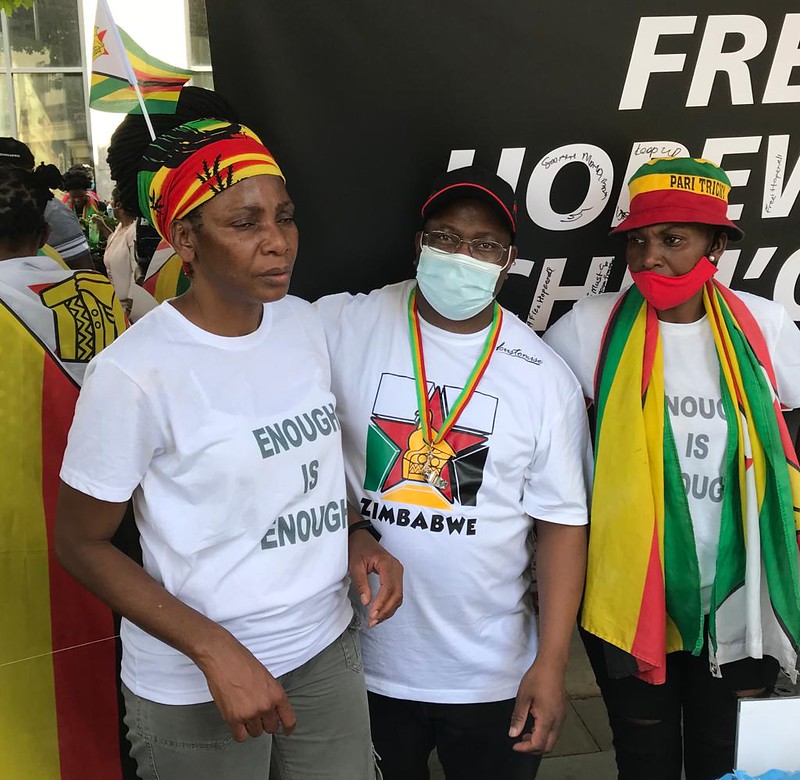 In his latest state of the nation address he blamed people’s suffering on ‘illegal’ sanctions, the weather, the Covid-19 pandemic and western attempts to undermine his government.

He was particularly annoyed with what he called ‘destructive terrorist opposition groupings’ whom he accused of working with foreign detractors who, he said, fear the ‘inevitable imminent success of our reforms’.

Nevertheless, these ‘dark forces’ would be overcome and progress would continue and corruption ended. ‘Now is the time to look forward, as one people – a united people. Let us press on with vigour and hope; hand-in-hand, in unity and love nothing is impossible. Forward ever, backward never.’ (See: http://www.zimvigil.co.uk/vigil-news/campaign-news/1091-president-mnangagwas-address-to-the-nation-.)

In the light of the President’s criticism of the West it was somewhat surprising that they featured at the top of a list of donors to help Zimbabwe deal with the pandemic. Finance Minister Ncube said more than $200 million had been received – $45 million from the UK alone.

One of the ‘dark forces’ mentioned by Mnangagwa was no doubt the anti-government grassroots campaign #ZimbabweanLivesMatter. Novelist Tsitsi Dangarembga, out on bail after being arrested for taking part in a street protest on 31st July, said: ‘I was in the holding cells with two men who had been tortured. One has severe kidney damage . . . I am just grateful the world has taken the [#ZimbabweanLivesMatter] message seriously. Things seem to be coming to such a head now that it is impossible to look away.’

The hashtag campaign appears to have unnerved the regime. The journalist Mduduzi Mathuthu told the BBC in a phone interview from the hiding place in which he took refuge after being told the police were looking for him, that his nephew was subsequently abducted and dumped on the roadside with extensive bruising, huge sub-cutaneous tissue damage and acute kidney injuries.

Mathuthu said: ‘Instead of listening to the legitimate concerns raised by so many Zimbabweans, President Mnangagwa has . . . discarded the last veneer of a reformist,’ He added: ‘His shock troops have their marching orders and we should brace for a brutal campaign against those demanding change.’ (See: https://www.bbc.co.uk/news/world-africa-53665900.)