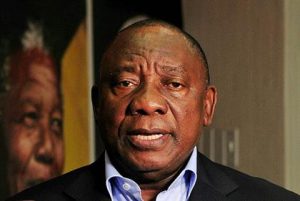 Juxtapose that with the Zimbabwean situation in which travelling to the United Nations Annual Conference in 2019, Emmerson Mnangagwa flew with him about 90 delegates, most of the Zanu PF youth who were flown to stage an anti-sanctions demonstration. How irresponsible Emmerson Mnangagwa can be is really baffling. As confirmed by a Government of Zimbabwe official, the least-paid members of the entourage were entitled to a daily allowance of US$1 500 each, paid in hard currency. Mnangagwa and his Zanu PF youth are estimated to have spent at least  US$1 350 000 for the 10 days they were on the trip, excluding air tickets.

As if that was not enough, while Emmerson Mnangagwa travelled with the Zanu PF youths to the United Nations General Assembly, his wife travelled to the same destination with her own sizable delegation which included officials from Angels of Hope, her private charitable organization which is illegally government funded. This is corruption, and Zimbabweans need to punish the first family for this in the way they can. Mnangagwa must just go, but if because of the repressive machinery we cannot manage to remove him before 2023, he certainly must be voted out. It is obvious Mnangagwa and Zanu PF are masters of rigging, but if we all vote against him, it will be too much for him to rig.

Zimbabwe is in the poor state she is large because of stinking corruption by Zanu PF corruption. Enough is enough, Mnangagwa and Zanu PF must go between now and 2023.