MDC Alliance has challenged the government to extend its compensation policy to farmworkers who also lost property during the land reform program 20 years ago. 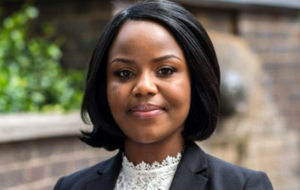 This comes after the government recently signed a US$3.5 billion Global Compensation Agreement with local farmers’ representative groups.

Speaking at a press conference in Harare on Thursday, MDC Alliance party spokesperson Fadzayi Mahere said there were over four million former farmworkers who were displaced as a result they are now living in abject poverty due to losses incurred during Zimbabwe’s Land Reform Programme which started in 2000.

The country’s main opposition feels the compensation regime was biased towards former white farmers while ignoring black farmworkers. Mahere called on the government to also consider the welfare of the farmworkers too.

“Adequate and fair compensation is necessary to ensure viability and national stability.”

“Section 295 (4) of the Constitution expressly requires that the compensation payable must be assessed and paid in terms of an Act of Parliament,” said Mahere.

“We call for urgent attention to be given to their plight and for the concerns to also be taken into account,” she said.

Mahere argues that the compensation process is unconstitutional as the government did not publicize the names of those who stood to benefit, how the US$3.5 billion was arrived at, and where the money was coming from.

“That effort to reach out to farmers is completely unconstitutional, there cannot be a valuation or methodology outside the province of an Act of Parliament.

“The secret process that is taking place is not only unilateral but it is unconstitutional,” she said.

Meanwhile, on Thursday a group of war veterans gave the government 48 hours to reverse its decision to pay US$3,5 billion compensation to white former landowners or face a court challenge.