YOUTHS from across the African continent have a pivotal role to play ensuring democracy and respect for citizens' fundamental rights in light of the continued political and economic crisis in Zimbabwe. 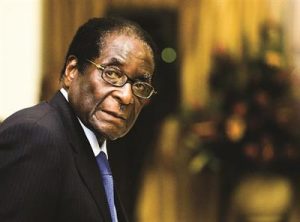 Zimbabwe was plunged into a constitutional crisis following the military coup which ousted long serving leader, Robert Mugabe in 2017.

The crisis continues to worsen owing to capture and militarisation of key state institutions, arbitrary arrests which are mainly aided by capture of the judiciary, torture and abduction of civic society and opposition activists.

The democratic space in Zimbabwe continues to shrink owing to the criminalisation of civic society work.

On the other hand the economic crisis in Zimbabwe has relegated many into abject poverty. The situation has been worsened by high level corruption which is apparently going on unabated.

The Zimbabwean government has however vehemently denied there is a crisis in Zimbabwe despite the country’s political and economic crises.

Crisis in Zimbabwe Coalition (CiZC) in collaboration with the Africa Youths Solidarity Alliance (AYSA) hosted a discussion forum under the theme ‘The role of youths in enhancing democracy under uncertain circumstances’.

The discussion forum had a special focus on Zimbabwe.

AYSA is a coalition of young African leaders seeking to promote democracy through solidarity campaigns in different African countries.

Below are excepts from the discussion forum;

Melene Rossouw: “It is quite unfortunate that in 2020, we are still talking about dictatorship and authoritarian governments fronting as democracies in Africa. I think its time for us as African youths to be self reflective in what we are not doing to turn the ship around. What is happening in Zimbabwe is probably the worst in terms of governance on the Africa continent.

We must make it clear to these governments in Africa that we will not tolerate any form of an authoritarian regime finding its dirty ugly fingers in our society. I do think that African youths can play an important role in putting pressure on the Zimbabwean government to do things differently.”

Ashton Bumhira: “The situation in Zimbabwe is terrible. The political and civic space continues to shrink and the Mnangagwa administration continues to use the COVID 19 crisis to trample on fundamental human rights.

What we need is solidarity. We need tio unite as the SADC region and Africa at large so that we confront the situation we are facing here in Zimbabwe.”

Lukeno Hangala: “What is happening in Zimbabwe has ramifications across the SADC region and it is up to us to step in, to try and mitigate the issues and bring some form of solutions.”

Godbless Otubure : “I am going to work with civic leaders here (Nigeria) and engage the Zimbabwean Ambassador to Nigeria on the Zimbabwean crisis. I am going to call Mnangagwa out first and also the security apparatus in Zimbabwe. We are going to petition the African Union and the Southern Africa Development Community as a way of engaging them to see how we can have a lasting solution to the crisis in Zimbabwe.

Mnangagwa must know that there are people in this continent that will stand side by side with the young people of Zimbabwe.”