Audiences love nonlinear storylines in films and television shows, but writing a nonlinear narrative that keeps the viewers hooked until the end calls for some real talent! 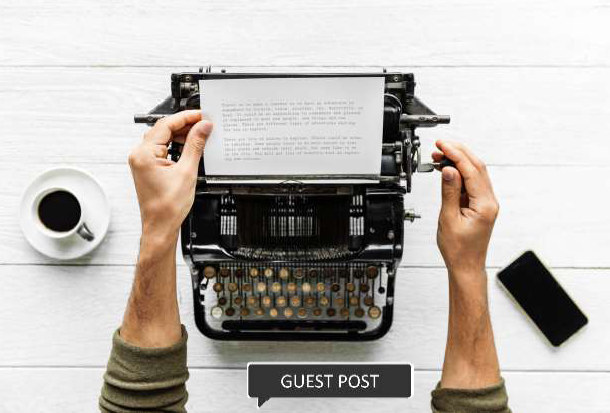 A nonlinear narrative in storytelling is a narrative technique where events are portrayed out of chronological order or the logical order presented in the story.

Also known as a disjointed narrative or disrupted narrative, the technique is a great way to tell a wider version of the story as it allows for more freedom of expression.

While it is true that nonlinear narratives in films and television shows are rising in popularity in the 21st century, the concept itself is an ancient one and can be traced back to Homer’s epic poem Iliad in the 8th century BC.

Nonlinear narratives in literature became more widespread in the late 19th century and early 20th century. With the advent of cinema, the nonlinear style of storytelling was introduced in screenplays as well.

While a well-written nonlinear screenplay has great potential, one should remember that formatting an impactful screenplay in this technique can be a challenging task.

Here are six easy tips to get the best out of a nonlinear screenplay:

1. Ask Yourself: Why Use A Nonlinear Narrative?

Generally, nonlinear narratives are used to tell a broader version of the story you want to share. This style of storytelling is extremely popular and is used for various reasons.

What is your reason for choosing this style?

If you want to explore a broader theme in your story, you can use a nonlinear narrative to highlight character growth by drawing a contrast between multiple characters.

You can also use nonlinear storytelling to build tension and keep the viewers guessing the final outcome.

Even though human brains are wired to prefer linear order, we tend to find out-of-order nonlinear stories engaging — a fact affirmed by the success of films like Memento, Slaughterhouse-Five, and Citizen Kane.

2. Effective Use Of Flashbacks

Nonlinear narratives often make use of flashbacks. There are many types of flashbacks that you can use to make your screenplay more interesting to the viewers.

Flashbacks can work equally well in all forms of genres and are particularly useful when something significant has happened in the past that the audiences need to know.

The events in flashbacks provide the viewers with hints about the character’s motivation. But many screenwriters tend to use flashbacks unnecessarily, thereby abusing the technique.

If you plan to use flashbacks, ensure that it fulfills a specific purpose. Flashbacks could be a brief but urgent reminder, a life-changing event, or a flashback narrative voice-over.

To effectively employ flashbacks in your script, make sure that the storyline has points that intersect at key moments in both the past and the present.

It’s possible to use add-ins and macros for word processors such as Script Wizard for Microsoft Word to write screenplays.

Yet, it is recommended that screenwriters invest in high-quality dedicated screenwriting software to take their work to the next level.

Specialized screenwriting programs are available for all varieties of platforms and environments. They take care of the formatting and ensure that your screenplay adheres to the industry-standard format.

The best thing about investing in good screenwriting software is that it takes care of all your formatting needs and allows you to focus on the creative aspects of writing a nonlinear screenplay.

Writing a compelling nonlinear screenplay for a major television show or film involves tons of revision tracking, rewrites, and collaboration with other writers, producers, and showrunners.

Screenwriting software that comes with handy features and collaborative tools will be a good choice in this case.

You can choose a simpler screenwriting software with just the basic features if you are working on a small-scale solo project.

Tandem narratives are common in films with nonlinear storylines. Two or more narratives running in parallel make for an intriguing storyline.

While the narratives are usually related, they may or may not cross paths as the story progresses. Sliding Doors, Lantana, and Traffic are some movies employing this technique.

Owing to its odd nonlinear structure, the fractured tandem technique is suitable for stories with a long setup.

Consecutive storylines with multiple protagonists work well in scripts employing a nonlinear narrative. Parallel storylines have been used by novelists, playwrights, and screenwriters for a long time.

Films employing this technique can be split into many categories with different structural rules.

Pulp Fiction, The Circle, and The Butterfly Effect are good examples of films with consecutive storylines.

The technique effectively highlights the differences between the lifestyles or points-of-view of characters living in different time periods.

The multiple timeline narrative is most often used in films on time travel as the storyline of such films split into many alternative timelines, which might or might not interact with each other as the story unfolds.

Primer, About Time, and the Back to the Future film series are great examples of films with multiple timelines.

Nonlinear narratives are often used to grab the audience’s eyeballs and can even serve a stylistic function. But for this storytelling style to be effective, it needs to be done well.

To master this technique, consider choosing the best screenwriting software for your needs after weighing the pros and cons of each option.