HUMAN rights violations which include abductions, murder, arbitrary arrests and a general clampdown on opposition and civic society activists have largely alienated Zimbabwe from the international community. 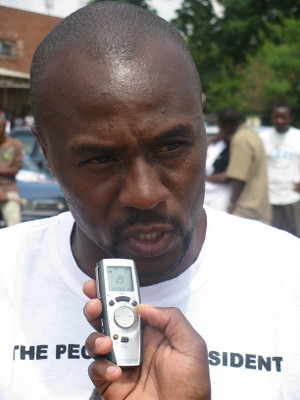 This has been coupled by corruption and disregard of property rights which has seen international investors shunning Zimbabwe while relationships between the Southern African country and international financial institutions remain strained.

A history of disputed elections, as well as a legitimacy crisis on the part of the ruling party, Zanu (PF), has also further alienated Zimbabwe from major global partners.

When the late Robert Mugabe was deposed from power in November 2017 through a military coup, there were assurances of a new dispensation that many hoped would result in key reforms that would see Zimbabwe moving away from the dark past.

President Emmerson Mnangagwa assured the nation and the international community that his new administration was ready to work towards a peaceful and prosperous Zimbabwe.

However, events that unfolded after his ascendancy to power proved otherwise.

In January 2019, about 12 people were shot dead by the military following protests over fuel hikes. Following the army shootings, the military was deployed in various cities and several cases of human rights abuses were recorded while an estimated 600 people were arrested.

Then came the 2018 national elections which proved to be a costly charade with pre-determined outcomes and undoubtedly failed the credibility test while there was militarisation of key institutions including the Zimbabwe Electoral Commission (ZEC).

In August 2020,  6 people were killed following protests over electoral theft and cases of abuse of foreign journalists were also recorded.

The army killings followed numerous threats from Zanu PF heavyweights that President Mnangagwa was ready to shoot for power.

What followed after the brutal army killings was a serious purge on opposition and civic society activists.

Resultantly, the democratic space in Zimbabwe further shrinked with the military being unleashed on unarmed civilians.

Zimbabwe continues to witness several cases of human rights abuses being perpetrated by the security services in the guise of enforcing COVID 19 regulations.

He said that human rights violations, lack of respect for the constitution and disputed elections had largely alienated Zimbabwe form global partners.

“Remember that since time immemorial we have had disputed electoral results in the country and this should come to an end so that Zimbabwe is readmitted into the global family of nations,” said Khumalo.