THE Zimbabwe Miners Federation (ZMF) on Friday signed three strategic partnerships, which are aimed at capacitating small-scale miners in their quest to ramp up production and feed into the US$12 billion mining economy by 2023. 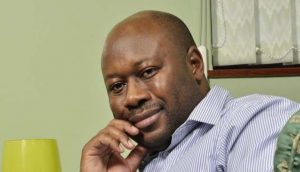 The partnership deals saw the small-scale miners’ body signing a deal with the country’s largest bank by assets, the Commercial Bank of Zimbabwe (CBZ), Ali Japan786 — a company that is in the automobile industry and the Central Mechanical and Engineering Department (CMED).

CBZ are coming on board as a banking partner and have committed to cover the funding gap that has for long dogged the small scale mining sector.

The signing of the deal immediately saw the Japanese investor committing to ship in at least 200 vehicles for distribution to the small-scale miners and these will be delivered before the end of this year.

With power challenges identified as one of the biggest setbacks bedevilling the sector, CMED are coming on board as a partner in the provision of fuel on flexible terms that will ensure miners can get on with production with minimum disruptions.

Mines and Mining Development Minister Winston Chitando, who is also ZMF patron, graced the signing ceremony last Friday. He said the deals were a step in the right direction towards addressing some of the biggest challenges threatening the viability of small-scale mining.

The Government’s wish, said Minister Chitando, is to grow their operations to a stage where they can be viewed in the same breath as large scale miners.

“I also wish to recognise the importance of the event we are having,” said Minister Chitando.

“One could be tempted not to realise the importance of this event. One of the key inputs, which have constrained the development of the small scale miners is funding structures for equipment and for working capital.

“And the very important initiative, which has been done today between ZMF and the three partners we say well-done.

“It is very important that our mining industry facilitates the growth of small scale miners by size and also for them to graduate from ZMF and join the Chamber of Mines of Zimbabwe when they are now large scale miners.

“With initiatives like what we have today it’s the beginning of a process of that happening and I know it’s a dream, which the president of the federation has,” he said.

He also announced that Government will soon unveil other initiatives, in consultation with ZMF, which are meant to capacitate small scale miners.

Speaking at the signing ceremony, Ali Japan786 representative Mr Ali Mohammed said his company sees a lot of potential in the small scale mining sector and is coming in to play a part in the realisation of that potential.

“These are people with a big role in the development of the Zimbabwean economy as highlighted by Minister Chitando,” said Mr Ali.

“So, we are coming in as a company to make sure that we support them with logistics in the operation of their businesses. For a start we will be bringing in a total of 200 vehicles before the end of this year, which we will avail to the miners.

“We will be advancing the vehicles on very flexible terms where people can pay in three to six months,” he said.