THE trial of MDC-Alliance vice presidents — Tendai Biti and Lynette Karenyi — who are accused of violating Covid-19 regulations during the lockdown period after staging an illegal demonstrations at their party headquarters in Harare, will start on January 20. 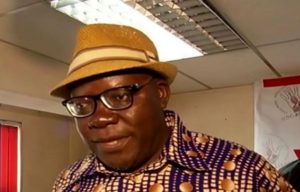 The State led by Farirai Undenge had it that on June 5 police received information that MDC-Alliance members were gathered at Morgan Tsvangirai House in Harare in contravention of Statutory Instrument 83 of 2020, which prohibited the gathering of more than 50 people.

It was alleged that they were planning to stage an unsanctioned demonstration.

The State alleges that police reacted swiftly and went to the corner of Nelson Mandela Avenue and Angwa Street where a number of the opposition party’s supporters were already gathered.

Upon seeing the police, the MDC-Allliance members allegedly started to cause mayhem, leading to the arrest of some of the participants.

In the afternoon of the same day, while monitoring the situation at the intersection, the six MDC-Alliance leadership members reportedly arrived at the scene in the company of more than 50 people.

It is alleged that they burst into a song “Kana ndafa nehondo” and allegedly blocked the roads. Mrs Chivasa was told that the Biti and his co-accused conduct interfered with public comfort, peace and convenience.

They were then arrested before being taken to court