The incident occurred on Monday night in the rural region of Chirumanzu. in central Zimbabwe. 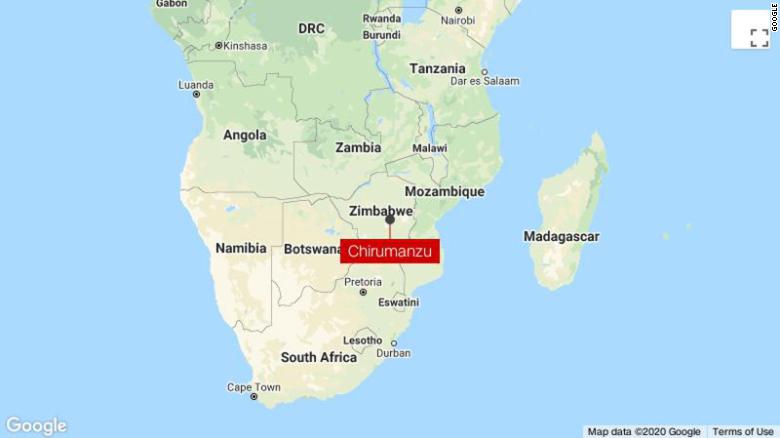 (CNN)An elderly man has been killed by a pack of hyenas in Zimbabwe, after they pulled him from his bed while he was sleeping.

The man, who has been identified by the authorities as 87-year-old Tendai Maseka, was dragged about 1,000 feet from his mud and wood hut.
The incident occurred on Monday night in the rural region of Chirumanzu. in central Zimbabwe.
By the time Maseka’s body was discovered by villagers, its lower half was missing.
Park rangers are currently hunting for the animals in a bid to “eliminate” them, according to Tinashe Farawo, spokesman for the Zimbabwe Parks & Wildlife Management Authority.
Confirming the attack on Twitter, he wrote: “An elderly man who was killed by a pack of hyenas in Chirumanzu (87yrs) was staying alone. He was sleeping in a hut when the unfortunate incident happened. He was dragged for about 300m, with lower body missing. Drag marks and hyena tracks were visible.”
The same pack of hyenas is believed to have been responsible for a recent series of attacks on cattle and goats in the area.
Maseka was buried on Thursday. Locals have been urged to be vigilant, avoid moving around at night and keep all doors and windows closed until the animals are captured, Farawo said.
Farawo told CNN: “We are on the ground trying to track down the problem animals with a view to eliminating them. If we had enough resources we would have trans-located them from overpopulated areas to where there is less population.”
Animal attacks are not uncommon during the summer, according to Farawo.
He told CNN: “These things normally happen at this time of year because it’s the drier months where normally food and water is scarce so the animals move long distances — and into communities — in search of food.
“This is the 60th human life lost this year alone to human wildlife conflict,” said Farawo, who believes more than six hyenas were responsible for Maseka’s death.
According to Farawo, half of the incidents involved elephants, while at least three involved lions.
Hyenas are also known to attack, he said, recalling an incident last year in which two young siblings were killed while out picking fruit.
The problem, he added, is largely caused by overpopulation of animals. This has been compounded by the destruction of their habitats by climate change, while the Covid-19 pandemic has made matters worse, he said.
In normal years, the wildlife authorities rely mainly on tourism for revenue, Farawo explained. “But tourism in 2020 is just as good as dead, which has left us without resources to fund our conservation efforts,” he said.
Post published in: Featured