As elections go this was a roller coaster – I always expected that Biden would win and felt that the pollsters had been so consistent that they could not be wrong. 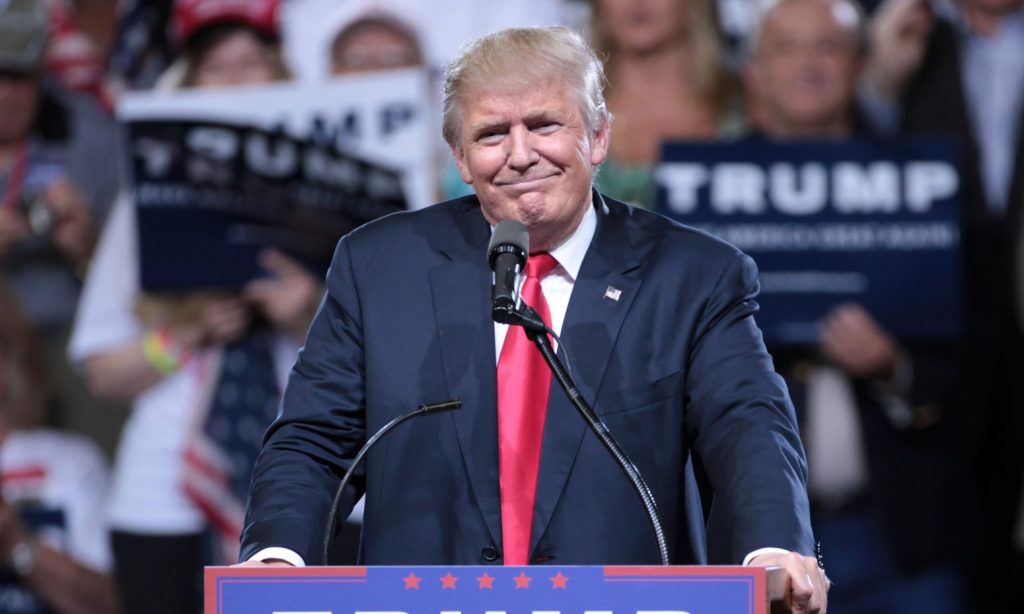 Oh dear – very few were anywhere near the mark. But although it was close and was a very tight race right up to the end, it was pretty clear after three days, that the Biden/Harris ticket was going to catch the bus. Trump did surprisingly well but he was beaten by good old fashioned politics. And anyone who felt that the USA was at last throwing off its burdens of slavery, civil war and rest of the debris that characterise its history, better think again.

I hope history will show that Trump and his cohorts were an aberration and not a constant in US politics. I saw many parallels between Trump and Ian Smith here in Africa. He was a politician who knew his base like the back of his hand. He spoke for them, he fed their fears and aspirations and was totally faithful to his people. They followed him like lap dogs and believed everything he told them. But he was leading his country into a cul du sac out of which there was only one way and that was back down the road he trod.

The one thing history teaches us is that we stand on the shoulders of those who went before us and that if we do not carefully plot our way around the mistakes of our past, we will repeat them. In the case of the USA, it was their unity as a federation of States, their willingness to take in migrants from all over the world and then treat them all as Americans, that gave the USA it’s present status in the world. I remember my first impressions of America as a visitor, the latent racism, the hard work and innovation, the great US engineering and their generosity. The faults were many – most Americans have little or no knowledge of the wider world, most have never travelled. Then their massive capacity as the one really super power in the world.

What is the way back? First it is understanding that an isolationist USA may be good for the US in the short term, but it’s not the road map into the future. In the days before the Second World War, isolationist policies kept the USA out of European conflicts and allowed them to develop the most advanced economy in the world behind the moats of the Atlantic and the Pacific Oceans. Pearl Harbour was a wake-up call in that it smashed the illusion that the USA could continue to develop and keep its peace in isolation. It revealed a world in which we all have a stake in each other’s future.

Secondly, the USA is going to have to repair the damage that Trump has done to the alliances that have given us the longest period of relative peace and prosperity in world history. NATO, the Transatlantic Alliance, the United Nations system and the Multilateral Agencies. The World Trade Organisation and the trade agreements that have provided the foundation for the most rapid expansion in global markets in history, an expansion process that has allowed billions of people to claw their way out of absolute poverty and degradation.

In the process we have created three new centres of power – China, the Far East and India and the European Union – still the largest economic and trade block in the world. Combine India, China and Japan and the USA no longer looks like a monolith. We are feeding our world, supplying its huge appetite for energy and in the process we have done more to create a world of equality and opportunity and to reduce poverty than any other century. It’s very success is creating the challenges that Trump responded to, but more like a spoiled child and playground bully who discovers he is no longer able to just do what he wants.

Then the USA is going to have to go back to science and rational decision making. We cannot go on as we have been, thinking that everyone has the right to the kind of living standard that the USA and Europe have established. We just do not have the resources and the unequal world created by our very success, will lay the groundwork for future conflict. We need to innovate and change, we need to think and act and do so together. Trumps withdrawal from the Paris accord will have to be reversed.

So much for the global implications – what will be the US Agenda for Africa?

The first priority is to recognise, that Africa is coming of age. This is no longer the post-colonial continent of shambolic liberation politics and neo Marxist regimes and the Big Men syndrome that dominated our lives since the colonial powers started their withdrawal. Slowly Africa is establishing a middle class, is starting to develop sound macro-economic policies and recognising the vital role of the private sector. My problem with the West it that they do not recognise the speed with which these changes are taking place on the ground. Many African capitals are unrecognisable from what they were 50 years ago.

The second priority is to stop measuring African democratic norms through the prism of post-colonial imposed constitutional regimes which have almost all failed. Constitutions crafted in Paris, or London or Lisbon bore little or no understanding of the underlying political cultures of Africa. They did not understand the importance of tribe, religion or race. They drew on the historical experience of European political cultures based on centuries of evolution and conflict. The European and American powers look at Africa through a prism of their own making. They would never make that mistake in the former colonies of the Soviet Union or in Asia. But they do so in Africa and nowhere more closely than in Zimbabwe.

The third priority is the recognise that Africa has more potential than any other continent in the world today. We have 60 per cent of all the underutilised land, a great deal of the water, we are the last frontier for minerals and metals of all varieties and the whole world is going to have to make sure that they get part of the cut when it takes place. Africa is also the continent with the youngest population and has the fastest growing population. These represent opportunities and challenges for everyone.

I would like to think that everyone understands the potential, but of one thing I am sure, very few understand the challenges. Just take one which the world knows full well its importance – education. African education prior to independence was widely ignored, the Congo came to Independence with a handful of graduates, Mozambique and Angola the same. The education system in Rhodesia was exceptional for such a small country, but restricted to a small minority both black and white. We have all adopted the challenge of universal, free, primary school education – the harsh reality is that the quality of that education is deteriorating so fast in the State sector in Africa as to be frightening for the future.

I am not in favour of any sort or global competition for influence and resources in Africa, but I do think that we are the first casualty of US isolationism or even neglect. The USA has to start getting out into the world and competing for opportunities and growth. They abound but I see no sign of the US waking up to the new situation. Africa could be the fastest growing part of the world economy in the 21st century and if you want to play in that league you have to get involved on the ground. I know of no African leaders who would not welcome such initiatives.

But we are not going to give up our hard won sovereignty and independence or the right to build our countries and institutions in an African way. I am not arguing for an exception or lower standards – just start treating all independent States equally – whether they are African, European of Asian.