A ZIMBABWEAN nurse has been acquitted after standing trial on charges of abusing Facebook to mobilise and incite some medical practitioners to stage protests against President Emmerson Mnangagwa’s government over poor remuneration and working conditions. 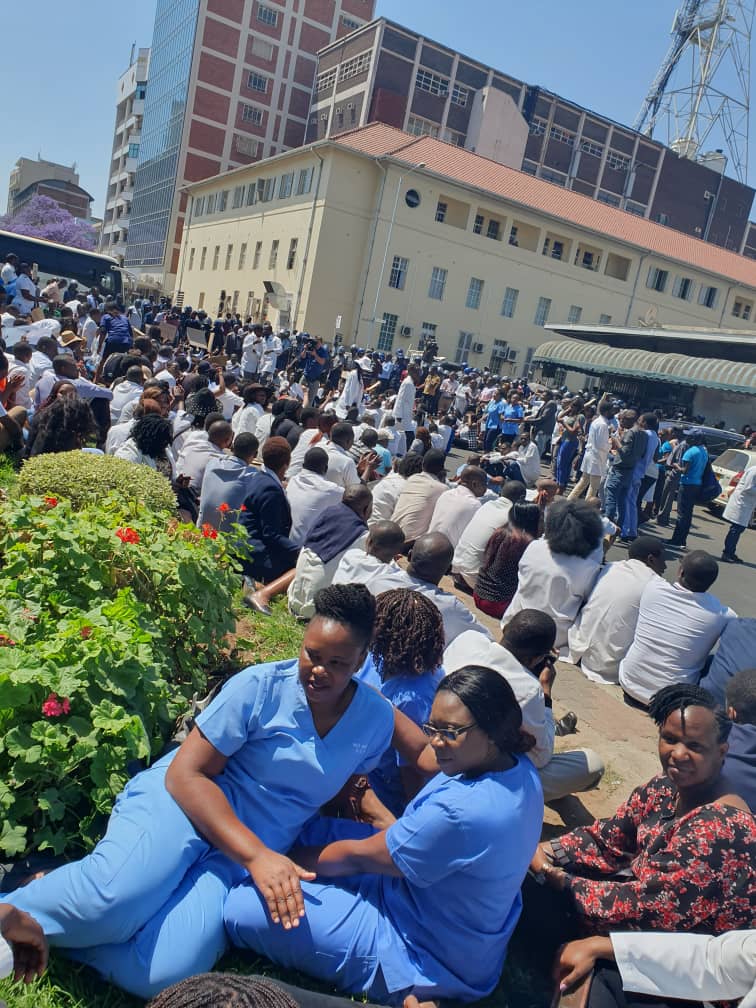 Moses Sigauke, a nurse at Sally Mugabe Central Hospital had been on
trial since July when he was arrested by Zimbabwe Republic Police
(ZRP) officers at the state-run medical facility and charged with
incitement as defined in section 187 of the Criminal Law (Codification
and Reform) Act.

During trial, prosecutors told Mbare Magistrate Kudzai Zihove that
Sigauke recorded and posted a video on Facebook urging medical
practitioners to protest while he was in police detention at Mbare
Police Station, where he had been detained together with 10 nurses.
The 11 nurses had been arrested on 6 July 2020 and charged with
contravening some national lockdown regulations during a protest over
poor salaries and working conditions.

The prosecutors alleged that Sigauke posted a video on Facebook
encouraging other nurses to gather at Mbare Police Station and join
some detained nurses in demonstrating against government for not
heeding their demands to improve their working conditions.

According to the state, Sigauke posted a message on Facebook which
reads; “Ngatingouya tizadze camp tese tiite demo yedu tiri mu camp.
Handiti ndimo munonzi muri illegal,” which if loosely translated
means; “Let’s all gather at the police station and stage our
demonstration.”

By posting such a message, prosecutors charged that Sigauke had
incited nurses to gather at Mbare Police Station and demonstrate and
cause violence.

But Magistrate Zihove on Thursday 19 November 2020 acquitted Sigauke,
who was represented by Tinashe Chinopfukutwa and Rudo Bere of Zimbabwe
Lawyers for Human Rights, after discharging him at the close of the
prosecution case.

Magistrate Zihove ruled that prosecutors failed to present tangible
evidence during trial to prove that Sigauke had committed an offence.

Last month, Sigauke was among 11 nurses, who were acquitted after they
were arrested by ZRP officers in July and charged for allegedly
contravening some national lockdown regulations during a demonstration
against poor remuneration.