New York – Zimbabwean authorities should stop their relentless victimization of award-winning journalist Hopewell Chin’ono and ensure that the charges against him are dropped, the Committee to Protect Journalists said today. 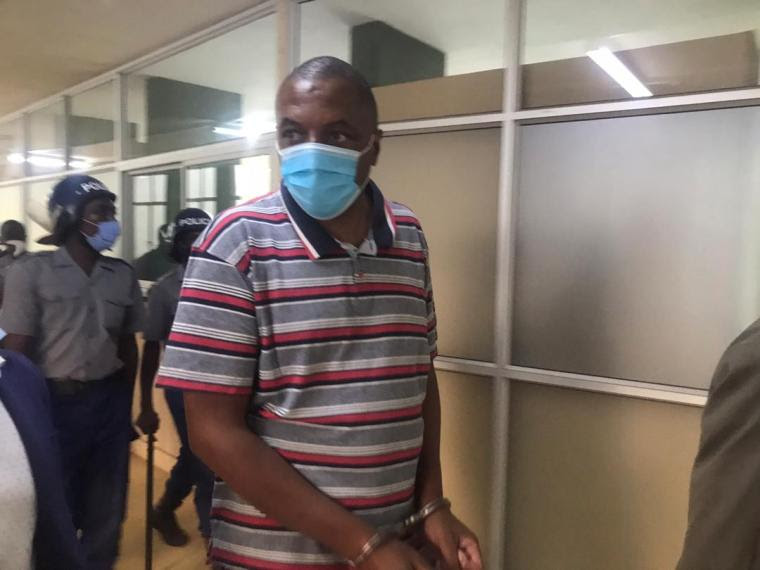 Today in the capital, Harare, magistrate Marehwanazvo Gofa denied Chin’ono bail on a charge of defeating or obstructing justice, claiming that the journalist had a “propensity to continue committing offences” if released, according to Doug Coltart, one of the journalist’s lawyers who spoke with CPJ via messaging app, and media reports. The journalist also faces an incitement charge in a separate case.

“The denial of bail is yet another manifestation of the single-minded persecution of journalist Hopewell Chin’ono, who has embarrassed the government by exposing corruption allegedly linked to President Emmerson Mnangagwa’s family,” said Angela Quintal, CPJ’s Africa program coordinator. “It is high time that Zimbabwean authorities withdraw both the incitement and obstruction of justice cases against Chin’ono and stop wasting its resources by hounding him any further.”

The bail ruling is the latest incident in weeks of legal developments in the cases against Chin’ono. On September 2, the journalist was released on bail after spending 45 days in pre-trial detention on the incitement charge over a tweet about an anti-corruption protest called by an opposition politician.

But on November 3, he was rearrested for contempt of court in relation to his tweet referencing other judges’ opinions of Zimbabwe’s chief justice, Luke Malaba, which police alleged “impaired the dignity” of Malaba, as CPJ documented at the time.

Chin’ono told CPJ on the day of his rearrest that police had told him he violated his bail conditions, which he claimed was false as he was still allowed to tweet while out on bail, just not to “incite the holding of mass demonstrations” on the social media platform. The day after his rearrest, on November 4, police dropped the contempt of court charge and instead charged him with obstruction of justice, according to a tweet by Coltart.

According to court documents in the obstruction case, which CPJ reviewed, the new charge is in relation to another of Chin’ono’s tweets in which he wrote that a source within the National Prosecution Authority (NPA) claimed that the state would not oppose bail in a gold smuggling case against Henrietta Rushwayo, president of the Zimbabwe Miners’ Federation and a relative of President Mnangagwa, according to reports.

This latest charge carries a penalty of up to a year in prison or fine of 1,200 Zimbabwean dollars (US$15), or both, according to the legal code.

Chin’ono has denied all the charges against him in both cases, according to court documents, which CPJ reviewed.

According to Coltart, since November 6 Chin’ono has been held in the overcrowded Chikurubi Maximum Security Prison in Harare. Coltart said the defense team would appeal the denial of bail ruling in the High Court and stressed that Chin’ono has never been convicted of a crime. Chin’ono is scheduled to appear in court for a hearing related to the obstruction charge on November 26 and will go on trial for the incitement charge from December 7 to 9, according to the lawyer.

Government spokesman Nick Mangwana told CPJ via messaging app that the “allegations against Mr Chin’ono are that whilst on bail for an offence, Mr Chin’ono brazenly breached the bail conditions. This includes corruptly establishing lines of informal communication with his prosecuting team. This was not only a breach of bail conditions but a serious subversion of the criminal justice system.”

He called the claim that the state is targeting Chin’ono over his journalism “false and baseless.