The reigning champions Enpassant chess club are the winners of the 2020 chess league. The Debswana chess league for the second year running. Despite the covid-19 challenges the team overcame this as they won without testing a defeat 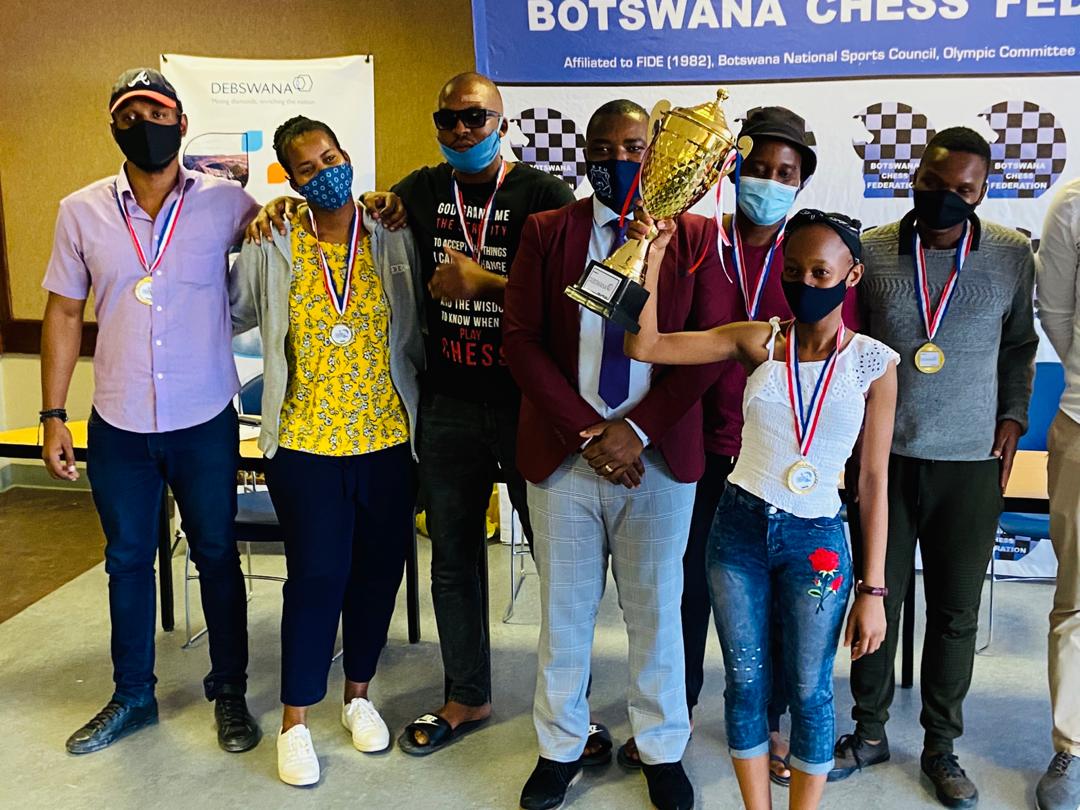 This weekend saw the conclusion of the Debswana chess league which despite the deadly Covid-19 disease was concluded after a mouthwatering final show down this Past weekend on the 28th and the 29th of November. Stiff competition was expected from the defending champions Enpassant Chess club claimed the title successfully as well as Collecting a cool P15000 Pula for coming out tops as well as a trophy cementing their win.

The 18 team league team was dominated by Enpassant chess club who won 16 of the games drawing only a single game to finish the season undefeated. Second place went to Young Chess Grand Masters who won 15 games and only suffered two losses. For their effort they pocketed a cool P11000 pula while the third placed team was Chess Motifs who also pocketed P9000 Pula.

In the seven rounds of play which were left Enpassant only drew one game after getting to round 10 with a perfect score. Chess Motifs came third with 13 wins 1 draw and three losses in the 16 game thriller. Fourth position went to Ramotswa chess club who won 11 games, three draws and two losses Black Bishops came fifth with 9 wins 4 draws and four losses.

The debutants Francis Town School of Chess came sixth out of the 18 teams that took part in this league. The Director Jeremiah Dikgang was pleased with the performance and could not hide his joy as the performance of the team was very encouraging. The team proved beyond reasonable doubt that they are a force to reckon with. BDF chess club rooted the table in position 18 with two wins, three draws and 12 losses.