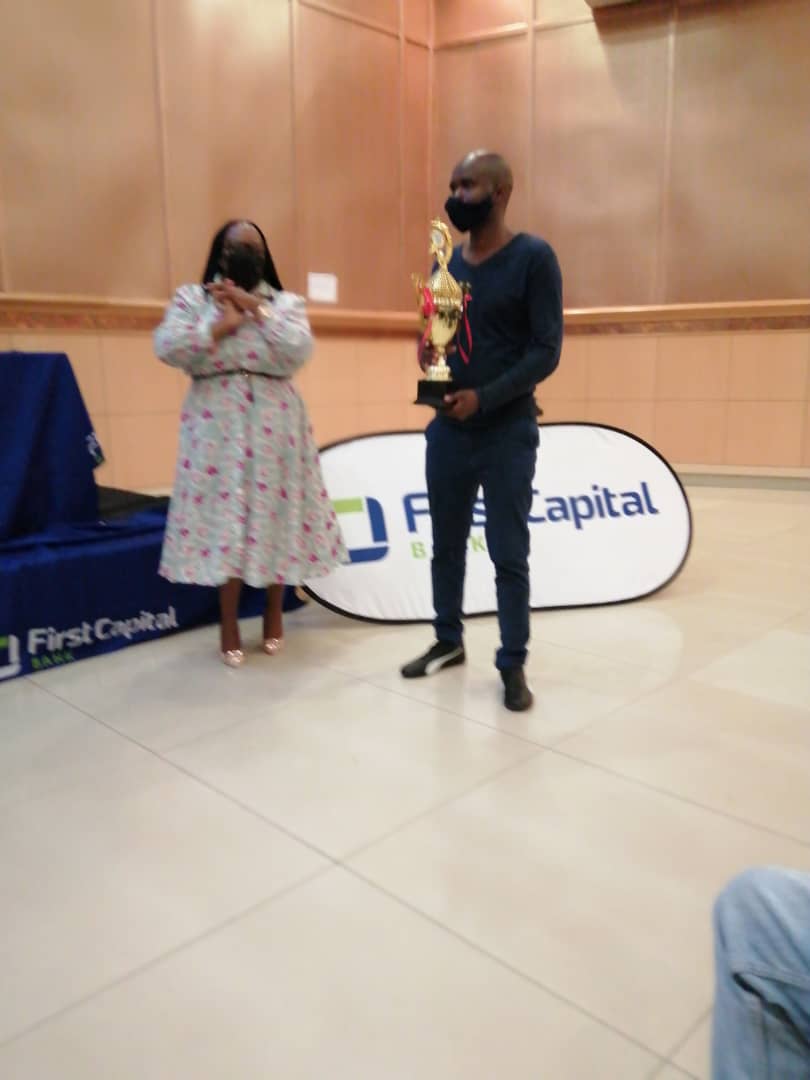 Keletshabile Monnatsheko is the winner of the Prestige section of the Francistown School of chess Showdown. He won the tournament ahead of the tournament favorite and the highest rated player Candidate Master Thuso Mosutha whose Fide rating is 2042. The winner pocketed 3600 Pula, and a trophy. He had 5.5 points out of seven games played. CM Elias Thabo came second with 5 points pocketing 2050 Pula as he was tied on the same position with Ndawana Mosenya whose buccholz was inferior to that of Elias Thabo. The above mentioned players shared the second position both with 5 points. Mapini Otsile came fourth with 4.5 points half a point behind the second placed duo. 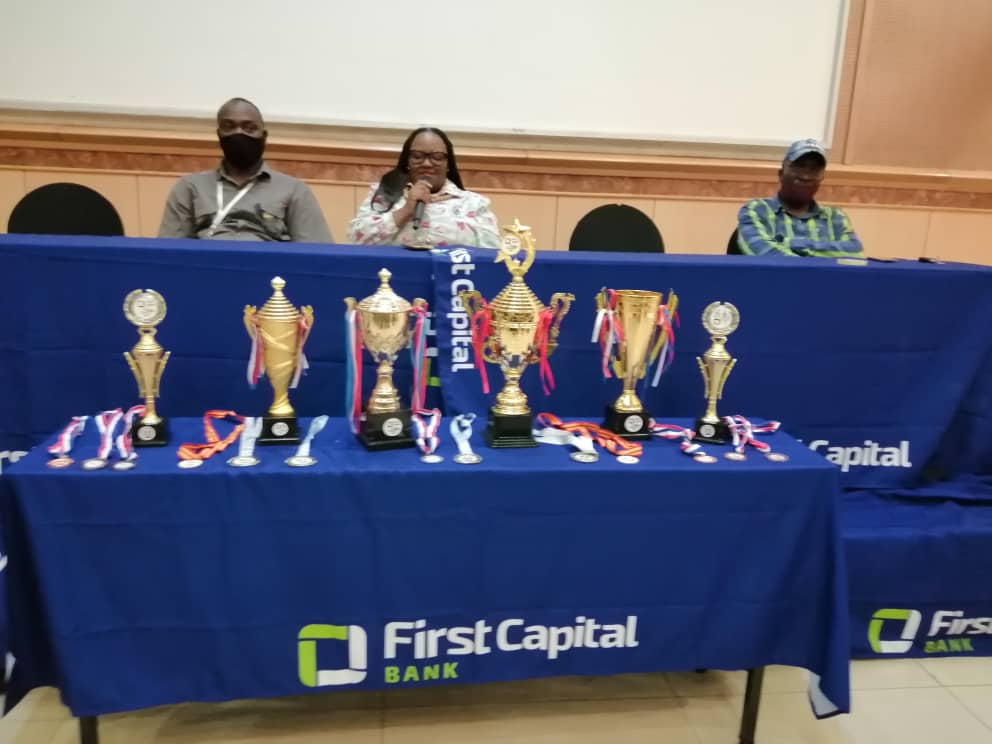 Otsile Mapini had the same points with Oratile Kgotlane, they both scored 4.5 points pocketing 1000 Pula each for their effort in this exciting chess tournament. Lesole Pudungwane and Simon Bokamoso did not perform as expected. The fourteen players in this category meant serious business. Lesole Pudungwane lost to Mujuru Wayne from Zimbabwe who was the only foreigner taking part in this year’s edition. This was a pulsating section filled with a lot of surprises even the final standings shows a lot of unexpected results that is from the performances of the players after their fierce battles in the league.

Francistown School of Chess hosted a successful chess tournament from the 12th-14th of December in their home. The School of chess was supported by First Capital Bank Botswana for the second time and this is a success story or school of chess that self- sustains in most of their projects. The tournament was held in the wake of Covid-19 and only one Zimbabwean took part in the prestige section. Many foreigners had challenges with Covid-19 testing certificates and the procedure led to the flooding of people at the borders since some did not have the requisite papers.

In the open section thirty players took part and there were some fierce battles over the checkerboard as they battled for the top honors. Eventually Sebetlela Gaasite won the section with 6 points, winning the coveted 2000 Pula, trophy and a gold medal. In second place was Chameya Kao as well as Lekang Botlhe and Kgosietsile Gomolelo, the trio scored 5.5 points they pocketed 1000 Pula each and silver and bronze medals respectively. They shared prizes for numbers two, three and four which were as follows: P1500, P1000 and P500, hence each player was to have 1000 pula. There was tight competition in this section as there was a gap of half a point between the winner and the three players who followed him.

Woman Candidate Master Refilwe Gabatshwarwe is the winner of the 2020 ladies section of the Francis Town School of Chess festive showdown which was hosted in the second biggest city of Botswana at a spacious hotel convenient for a rated chess tournament of this magnitude. She finished with 6 points out of the seven games which she played in a field of 18 players. She pocketed a cool 1800 Pula, as well a gold medal and a floating trophy for her efforts. In second position was Woman Fide Master Besa Masaiti was half a point behind the winner pocketing 1200 Pula and a silver medal. In third position was WFM Naledi Marepe who scored 5 points and she won 800 Pula and a bronze medal. Fourth position went to Natalie Banda who had 4.5 points and in the processing pocketing 500 pula for her efforts. Eighteen ladies battled it out and it was very pulsating as the experienced Woman Grandmaster Sabure found the going tough in this section only managing 3.5 points out of the seven rounds of play. The young players are making the grade and making it very difficult for the senior players in the ladies section as is evidenced by the performance in the tournament and many other tournaments where these have taken part.

Francistown under 18 section produced a lot of fireworks as the winners shared spoils. They had 5.5 points and these are Gaolathe Motunge of Botswana and Machinya Desire of Botswana again. The winners shared the prizes for position one and two which was 1500 Pula and 1000 Pula. So each player won 1250 Pula and the one with a superior buccholz won a gold medal and a trophy. Motunge won the gold medal as well as the trophy, while Machinya came second and won a silver medal but the cash was the same as they scored the same number of points. In third position was Ofentse Swelelo who had 5 points, so was Maretlwaneng Raymond, Masaiti Gideone,Tsebetsame Thapelo and Kheliye Oagile won 140 Pula each while Ofentse Swelelo won a bronze medal with the highest buccholz. Candidate Master Marape Marape found the going tough and he finished with 3.5 out of seven games played. Thirty players took part in this section. This one of the toughest sections as is evidenced by the performance of the players.

The final section was the development section which had 23 players took part in this section. Batlogile John won a gold medal, 300 Pula cash and a certificate. He defeated Molosiwa Clyde who was leading with 5 points while he had 4.5 and won the game resulting in the dislodging of the leader and the game was worth 300 Pula! Molosiwa finally settled for second position winning 250 Pula, medal and certificate. In third place was Morei Aone with five points again. Finally in the fourth position was Sigwele Peo finished with 4.5 points. Generally the tournament was well attended considering the new normal of Covid-19 regulations. One of the Directors Jeremiah Digkang expressed his happiness towards the tournament’s success. A total of 125 participants took part in this year’s edition of the Festive Showdown which was bankrolled by First Capital Bank who were the main sponsors of the event.

The Director expressed gratitude to the sponsors for their continued support. The main idea of Francistown School of Chess is grassroots development and this was a wholesome tournament from the developmental aspects to the experts who are up there and this gave the players the impetus to do well against some rated players in this Fide rated First Capital Bank sponsored tournament which was a success. Thapelo ‘Grivas’ Molefe was the tournament Organizer while Jeremiah was the tournament Director. Mokwaledi Tingwane was the Arbiter and the games were 90/90+30 seconds as well as seven round chess tournament.