The sight of an opposition MP grovelling on the floor of parliament before the Finance Minister to thank him for women’s sanitary pads is about as stupefying as South Africa’s Chief Justice Mogeong Mogeong’s observation that Covid 19 vaccines ‘might be of the devil’. 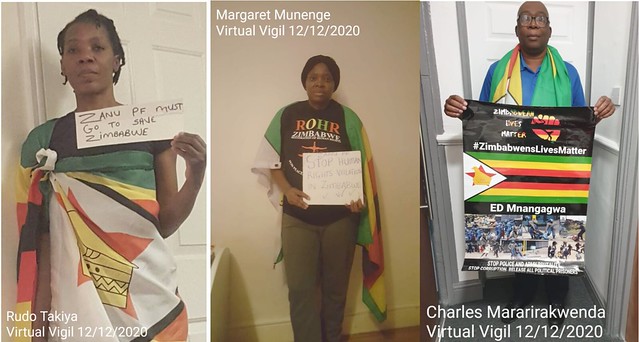 MDC MP Priscilla Misihairambwi-Mushonga unrolled a reed mat in front of the Finance Minister Ncube and then knelt down showering praise on him before handing him a wooden plate and two tshirts saying she was proud of him for providing sanitary ware for girls.

Some MPS questioned why she was allowed to perform this ritual, asking why women were expected to kneel before men (see: https://www.newzimbabwe.com/misihairabwi-mushonga-in-mthuli-ncube-parly-drama/).

As for South Africa’s Chief Justice Mogeong’s comments, there are real fears that they might promote doubts about the safety of the anti-covid vaccines. He was filmed at a hospital event leading a prayer against ‘any vaccine that is of the devil, meant to infuse 666 in the lives of people to corrupt their DNA’. (666 is a widely recognised symbol for the devil.) He later defended his remarks saying that, as a Christian, ‘prayer was his constitutional right’. (See: https://www.enca.com/news/chief-justice-mogoeng-prays-against-vaccines-devil.)

Civil and political rights have come under added threat in Southern Africa because of Covid 19, according to the Crisis in Zimbabwe Coalition, which says the political elite has been abusing lockdown regulations to tighten their grip on power. The coalition, which groups Zimbabwean civil society organisations, marked international human rights day on 10th December with the theme ‘recover better, stand up for human rights’.

It cites rape, torture, discrimination, corruption, inadequate provision of health services and food insecurity as among the rights’ violations. ‘Consequently, the democratic deficiency in most SADC countries has been worsened by the Covid 19 pandemic’, it said. (See: https://www.thezimbabwean.co/2020/12/crisis-coalition-statement-on-international-human-rights-day/.)