Lawmakers from the Southern African Development Community (SADC) must strengthen laws to protect human rights amid growing threats in the region, including violations linked to Mozambique’s conflict and a clampdown on the rights to freedom of expression and peaceful assembly due to COVID-19, Amnesty International said today. “From Angola to Lesotho to Zimbabwe, people have been 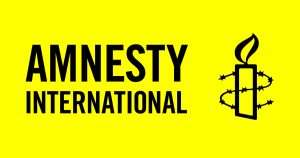 Lawmakers from the Southern African Development Community (SADC) must strengthen laws to protect human rights amid growing threats in the region, including violations linked to Mozambique’s conflict and a clampdown on the rights to freedom of expression and peaceful assembly due to COVID-19, Amnesty International said today.

“From Angola to Lesotho to Zimbabwe, people have been subjected to excessive use of force by the police for standing up for their rights to freedom of expression and peaceful assembly. Conflict in Mozambique’s Cabo Delgado region has led to abductions, arbitrary detention and other violations,” said Deprose Muchena, Amnesty International’s Director for East and Southern Africa.

“We have also seen the deep economic inequalities and social injustices that have been exposed by the COVID-19 pandemic. It’s time for SADC lawmakers to step up their interventions, strengthen laws and implement policies that ensure respect for people’s rights across the region.”

Enhancing the role of parliaments in the protection and promotion of human rights in SADC member states will be the focus of a webinar Amnesty International is jointly hosting with the SADC Parliamentary Forum on 7 December. The webinar will offer vital guidance to SADC policymakers and non-state actors on how to collaborate effectively to tackle key human rights issues across the region.

The human rights situation in Mozambique has deteriorated since fighting began more than three years ago in Cabo Delgado province, by an armed group calling itself “Al-Shabaab”. The conflict has killed more than 2,000 people and violent attacks by the armed group grew by 300% in the first four months of 2020, compared to the same period last year.

Mozambican armed forces have been accused of crimes under international law and human rights violations in pursuit of those suspected of being involved with the armed group, including extrajudicial executions, torture and other ill-treatment.

“Until now, the victims of the conflict in Cabo Delgado are no closer to justice, truth and reparation. Mozambican authorities have failed to bring to justice all those suspected of crimes under international law and human rights violations,” said Deprose Muchena.

The rights to freedom of expression, association and peaceful assembly have increasingly come under attack in countries where people have demanded more accountability from their governments, including Eswatini, Lesotho, Mozambique and Zimbabwe.

In Lesotho, dozens of youth activists were subjected to police brutality in November, after they led a peaceful demonstration demanding more economic opportunities and employment. Eleven of them were arrested and charged with illegal gathering and disruption of peace.

The group is scheduled to appear in court on 14 December. Authorities must immediately drop the charges against the youth activists, who were arrested solely for peacefully exercising their right to freedom of expression and peaceful assembly.

In Zambia, authorities shut down the independent television news channel, Prime TV, on 9 April after cancelling its broadcasting license. The cancellation came after the alleged refusal by the station to air the government’s COVID-19 public awareness campaigns because the station was owed money for airing previous state advertisements different to public awareness. Prime TV, as an independent station, depends on advertising revenue to pay the salaries of its staff and operational costs.

In Eswatini, police detained Eugen Dube, journalist and editor of Swati Newsweek Online, for seven hours on 23 April. The detention followed an article he wrote that the King’s public health strategy in the face of COVID-19 was reckless because the country had no social distancing measures in place.

Authorities reportedly tried to charge him for ‘writing ill’ about King Mswati III which could constitute high treason.

As COVID-19 spread, millions of people across Southern Africa faced hunger as lockdowns meant that they were unable to access food.

The vast majority of people in the region make their living in the informal economy, for example as street vendors or manual labourers. Under lockdown measures, these were considered “non-essential” roles and people in this sector were prohibited from working.

As the socio-economic impacts of COVID-19 persist, Amnesty International is calling on governments to urgently put in place social protection measures to uphold the right to food, such as food subsidies, or directly provide food to those who are unable to provide it for themselves.

“Parliaments are the custodians of human rights. As people across the region face threats to their rights,  SADC Parliaments must lead in developing regional principles and guidelines for the protection and promotion of human rights,” said Deprose Muchena.