HARARE (Reuters) - The United Nations World Food Programme (WFP) on Thursday appealed for an additional $204 million to support 4 million of the most food-insecure Zimbabweans for the next six months. 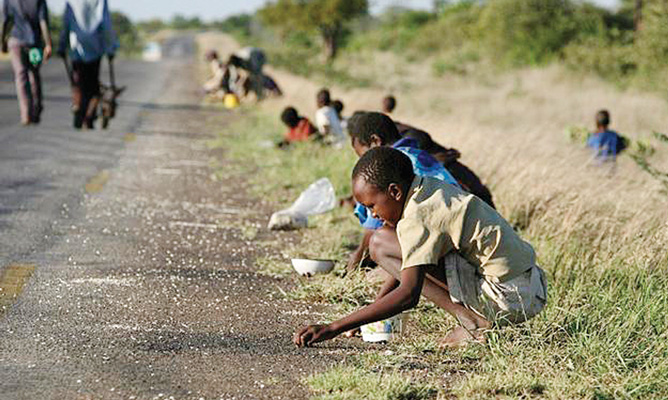 Drought in 2019 and this year has left millions facing hunger. That includes about one-third of the rural population, who are expected to face “crisis” or “emergency” levels of hunger, and 2.3 million hungry urban dwellers, WFP said.

An economic recession during the past two years has compounded the problem for the country of 15 million people.

“We are deeply concerned that if WFP does not receive enough funding to reach the 4 million people it intends to, families will be further pushed to the limit,” Francesca Erdelmann, WFP Zimbabwe’s representative said.

The additional funding would allow WFP to provide the minimum amount of emergency food assistance to the most vulnerable 3.5 million rural and 550,000 urban citizens.

While COVID-19 had aggravated food insecurity in both rural and urban areas of the country, WFP said many of its traditional donors were also struggling in the wake of the impact of the pandemic on their own economies.

Zimbabwe spent $458 million importing food, mostly grain during the first nine months of this year compared with $140.5 million during the same period in 2019, according to treasury data.

At least 7.6 million people have fallen into poverty this year, a million more than in 2019, according to a latest report compiled by the government and donors.