International Master Gillian Bwalya performed very well in a tournament hosted by Zambia's LPCA. The player was in a very great form defeating some top seeds like International Master Richmond Phiri who was the second seed, Prince Daniel Mulenga also fell by the way side. Clement Mayimbo, Michael Kaoma also lost to Captain Charlie as he is popularly known. 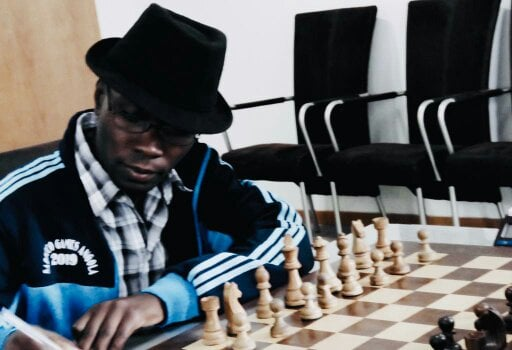 Fide Master Douglas Munenga also lost to this chess prodigy whose talent is very natural and if he continues playing serious chess he can become Zambia’s second Grand Master.

He went to round seven with a perfect score after defeating all those who had the intentions of scooping the much-coveted title which he gripped with both of his hands. He then faced International Master Chitumbo Mwali in the final round and only needing a draw to clinch the title and he did exactly that winning the tournament without a loss. He, however, won the tournament with 7.5 points out of 8 games of play. He was followed by Kela Kaulule who defeated International Master Kelvin Chumfwa in a final round bout in which earned him 7 points finishing clear second.IM Chitubmo Mwali eventually finished third after Kela.

The tournament was very pulsating as it produced some very interesting results. Among the Titled players, some bite the dust in this crocodile-infested tournament. This tournament included some players who came and dominated in the Zimbabwe Open in the previous years and among them was Kennedy Katowa who only managed to finish with 3.5 points out of the 8 games played and he almost got the wooden spoon. International Master Richmond Phiri failed to live to expectations as at one time he won the Zambia Open in the presence of some Grand Masters and in the process performing much better than them.

Below is the player card for IM Gillian Bwalya whose performance rating was 2608. This was a sterling performance. The Chief Arbiter for the event was International Arbiter Aaron Banda. Wish you a prosperous 2021. Stay safe, sanitize, follow World Health Organisation safety guidelines. Meet you in 2021!!!