I seldom delve into political party politics, because of a life-long distrust and disdain for partisanship - as I regard this as the most opportunistic and self-serving system of governance, that is fueled by unbridled power-greed and self-aggrandizement - which, strives to merely use the ordinary citizenry as tools and pawns in the attainment of these narrow objectives, yet having scant concern and care for their welfare and wellbeing. 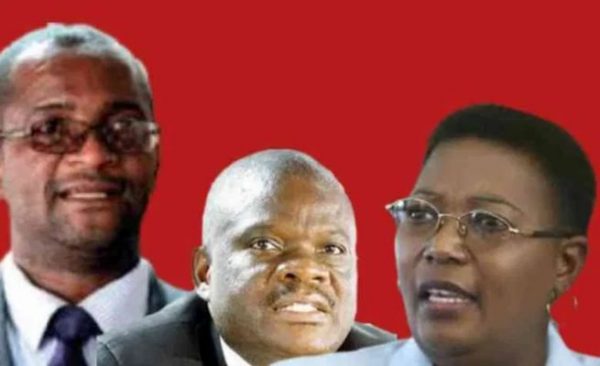 Of course, some have had problems understanding how I can be against political party politics, yet I appear to always write politically-charged articles.

The answer to that is quite simple. My passion and calling is to stand up and speak out against anything that violates our God-given rights, dignity, and wellbeing as citizens of this great country of Zimbabwe – and, since our everyday lives and livelihoods are largely determined by those in political power, they are the ones that need to be held accountable for their every action and decision.

However, the system itself, of partisan politics, thrives on opportunism, whose hallmark is driving a wedge between the population – a system of divide and conquer – whereby, purely artificial and manufactured differences are created, so as to foment hatred and distrust amongst the people, thereby making it relatively easier for us to lose focus on the main issues that surround our livelihoods and future, whilst the politicians greedily and selfishly feed off the country’s treasure trough.

These games and machinations by politicians take on many shapes and forms – but, the bottom line is simply that, their objectives hardly differ from one nation to the other.

In our own Zimbabwe, this has manifest itself from political entities that portray themselves as genuinely and uncompromisingly against each other – a very common denominator of most of these ‘dirty games’ in most countries, in their ‘fight’ for political power, as well as all the other lucrative trappings associated with such offices – but, most recently, we have witnessed another equally shameful opportunistic sham…that is, the so-called ‘cooperation’ between the opposition, and the ruling party.

Now, that is a world first!

Since when have opposition parties ‘cooperated’ with ruling parties?

If the other system, of adversary and contestation between political parties, had been farcical – what we are now seeing in Zimbabwe is downright absurd, laughable, and crazy.

What are we to make of the leader of the country’s ruling party congratulating – and, practically endorsing – an opposition party’s internal elections, and the victory of its new leader, with apparently endearing promises of ‘cooperation’?

In any so-called democratic society – as much as this system has long been abused for personal ambitions, and clearly has nothing, or very little, to do with the ordinary citizens – the task of running a country is solely placed on the ruling party, and the opposition portraying itself as a government-in-waiting, which the electorate should vote for – thereby, placing itself in a position of a challenger for power, and rival.

However, for them to ‘cooperate’, that scoops the trophy is opportunism and deception.

To add another hilarious twist to this madness – we find an opposition party, which needs guidance and counsel from a leader of another opposition party, who even contested against each other in the 2018 presidential elections, and will most likely contest again in 2023!

When, a country’s citizenry finds that the ruling party and opposition are now ‘cooperating’ – or, in fact, colluding – then, obviously there is a huge problem.

How does Dynamos ‘cooperate’ with Highlanders? Or, Chelsea with Manchester United?

If a country’s ruling party can not develop a nation on its own, then it is a glaring sign of only one thing – it has unequivocally failed, and needs to be voted out of office. Simple and klaar.

If the time comes when the African National Congress (ANC) can no longer drive the wheels of South Africa on its own, and finds itself in desperate need of the Democratic Alliance (DA), or Economic Freedom Fighters (EFF), then it would be time for the country to mourn the death of the oldest political party in the region.

The shenanigans we are currently shamefully witnessing in Zimbabwe have absolutely nothing to do with bringing the nation together, nor uniting in developing and uplifting the lives of Zimbabweans.

We, the ordinary folk, have never been at the centre of any political party’s strategies and tactics – but, mere pawns and objects used and abused for politicians’ own self-serving agendas – and, as such, this ‘cooperation’ is no different.

This is just a ploy for a failed ruling party to weaken the opposition – whilst, holding on to the reigns of power – yet, at the same time, the ‘cooperating’ opposition leaders are allowed to feed off the crumbs from the ruling establishment’s gravy train.

Typical with political party dynamics – this is a ‘win-win’ only for the political leaders involved – with the rest of the population reduced to mere impoverished spectators, who, like in George Orwell’s Animal Farm, watch through the window (from the outside), whilst their leaders gorge themselves with the lavishness of the country’s resources, with the difference between them fast disappearing.