No to Persecution by the prosecution 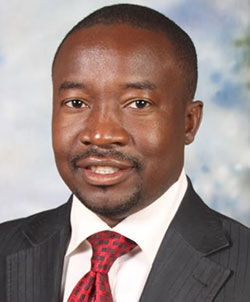 Crisis in Zimbabwe Coalition (CiZC) notes with great concern the arbitrary and insensitive incarceration of the Mayor of Harare and former CiZC Coordinator Cllr Jacob Mafume.

The Coalition feels that the right to liberty and free and fair trial are fundamental rights as enshrined in our constitution.  The inhuman incarceration comes at a time when news from the Mayor’s lawyer and Medical Doctor state that Cllr Mafume’s health has deteriorated drastically.

The Coalition wants to state in no unequivocal terms that the right to health is sacrosanct and must be accorded even to those in prison. The delay to try Cllr Mafume and exposing him to inhuman and degrading treatment must be condemned with the contempt it deserves.

The Symptoms that Cllr Mafume is showing are akin to Covid19 pandemic infection considering the living conditions in our prisons.

The constitution states that one is innocent until proven guilty, but in Cllr Mafume’s case, he has already been tried, convicted and sentenced. The state must not use the Ian Smith’s Rhodesian tactics to silence or punish its political opponents through persecution by prosecution.  The recent arrests of freelance Journalist Hope Chin’ono and Zengeza West MP, Hon. Job Sikhala, MDC Alliance Spokesperson Fadzayi Mahere proves our assertion.

The refusal by the High Court to release a passport to former Vice President, retired Army Commander, Dr.  Constantino Guvheya Nyikadzino Chiwenga’s wife Mary Mubaiwa to receive specialist medical attention outside the country in December 2020 attests to the state’s violation of human rights with impunity.

We call upon the state to allow Cllr Mafume access to health care, a free and fair trial without inordinate delay.

We also call upon the state not to use judicial capture as a weapon to punish and interfere with cases that involve those in the higher echelons of power.

We implore the state to seriously consider Mary Mubaiwa’s condition and lead by example in protecting the rights of women and their health.

We finally urge the state to provide adequate PPEs and humane conditions not only to  Cllr Mafume but all prisoners in Zimbabwe.