Tropical Cyclone Eloise has hit Mozambique, bringing rain and powerful winds of around 130 kilometers per hour. Forecasters believe it will now move toward Zimbabwe, Botswana and South Africa.

Tropical Cyclone Eloise has hit Mozambique, bringing rain and powerful winds of around 130 kilometers per hour. Forecasters believe it will now move toward Zimbabwe, Botswana and South Africa. 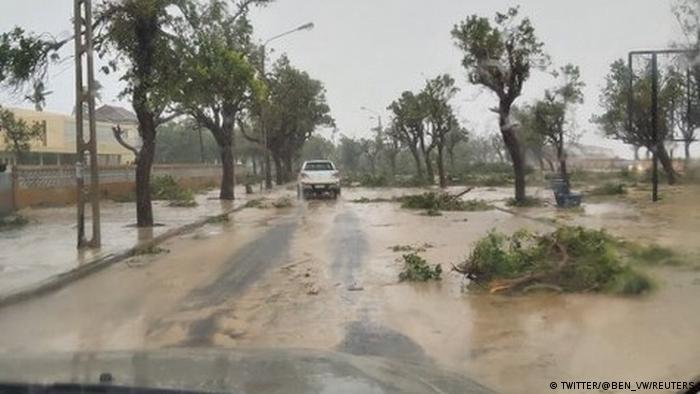 The victims died in the worst-hit port city of Beira, most of them killed by falling trees, authorities said.

Cars were submerged in water, walls of some low lying buildings collapsed and swathes of land were flooded in the city,
posts on social media showed.

The districts of Buzi and Nhamatanda were affected by severe flooding.

Mozambique President Filipe Nyusi is set to travel to the area.

According to forecasts, there is a threat of severe flooding that could affect more than 200,000 people in Mozambique alone, where aid workers are on standby. 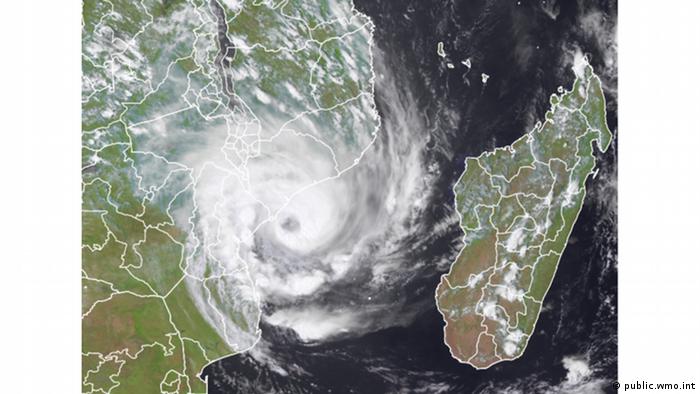 Eloise is set to hit neighboring Zimbabwe, Botswana and parts of South Africa

Cyclone Idai devasted the region two years ago, which was shortly followed by Cyclone Kenneth.

Around 3 million people were affected in Mozambique, Zimbabwe and Malawi, and some 600 people died as a result of those storms.

The city of Beira, with a population of 500,000, was particularly affected by the two previous storms.

The water level there is currently very high because Tropical Storm Chalane had already caused heavy rainfall at the beginning of the year.

Eloise has since lost its strength and has been downgraded to a tropical storm, according to the World Meteorological Organisation (WMO).

In the next few hours, the cyclone was expected to move further in the direction of neighboring Zimbabwe, Botswana and hit parts of South Africa.

The cyclone originated close to Madagascar where, according to the authorities, there was at least one death and flooding.