On Wednesday this week, Joe Biden takes the helm of the US ship of state. He is a friend of Africa and a known person of principle. He was one of the main drivers of US policy towards the Apartheid system and then later on behind the ZIDERA legislation that has, for the past decade, governed US relations with Zimbabwe. 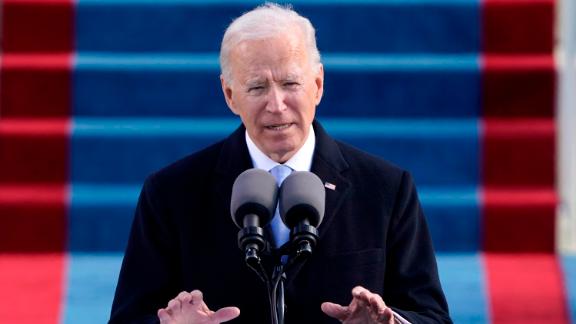 Africa’s relationship with the USA has gone through several major changes in recent years – strangely, George Bush was perhaps the most committed of US Presidents towards Africa and we still benefit from his drive the help us deal with the Aids Pandemic and also the basic food needs of the continent. But for the most part, Africa plays little role in US affairs and priorities even if a very large minority of the citizenry has their roots in Africa. Most Americans hardly know where Africa exists and do not even own a passport.

So what can we expect after 4 years during which we have been left off the US radar of regions that require the attention of the President? Trump will forever be known as the President who was supremely ignorant of African affairs and needs. When he did refer to Africa it was in derogatory terms.

Biden is very different. He has been in US Government in one way or another all his life and when he was much younger he was a firebrand who fought for the suppressed majority in Africa, whether it was in South Africa or Zimbabwe. This sets him apart from his many compatriots as a person with deeply held principles. I know from experience that these attributes in American politicians are very often absent. This is the nation of free enterprise and aggressive advancement in economic matters and little else matters.

The other element in Joe Biden that sets him apart from his peers is his faith. Kennedy was a Catholic, but nothing like Biden. Here is a man who walks the talk. I cringed when Trump stood in front of that sign for a Church in Washington with a Bible in his hands and waved it at the crowd (and the cameras) as if it actually meant something to him even if he never ventured into its inner pages. Biden goes to Church, takes Mass and reads his Bible and his faith has always been a guiding element in his life. For Africa, the one continent which hardly recognises agnostics or atheists, this is a welcome change. There is more to life than just dollars and cents.

But the real issue is what can we expect from him. The first element in my view is, understanding. Biden knows Africa and he has a long history of working with African leaders and Africans of influence. Ignorance is always a problem in policy making and if we are to engage with the US going forward, they need to be able to understand where we are and what lies behind what we do and think. Not so easy because we are separated by the oceans and our cultures and experiences are so different. Not easy once you are President because of the demands on your time and therefore essential that he comes to the job with some understanding of where we are. Ignorance in that respect has always been a problem and behind the many mistakes made by successive US Administrations in the past.

Secondly, this is a President who is going to restore the relations of the USA with the rest of the world. He is going to go back into the Paris Agreement, he is going to re-join the World Health Organisation, he is going to renew their commitment to NATO, the largest and most effective military alliance in history. Where Trump has sponsored a withdrawal from global affairs by the USA, Biden is going to re-engage. This is vital for Africa as the US remains the one truly global power in all senses of that word. We need the US as a player in Africa if we are going to be able to resist the efforts to recolonise us in economic, if not political terms. Africans need to remember that the USA is the only global power that has never expressed any desire to become a colonial power.

Thirdly, we need to understand the role that the US has played in global affairs for the past 50 years. It has been US technologies that have revolutionised the world economy and the place of work. It has been US imports of goods and services that have driven the growth in world trade to unprecedented levels, enabling poor countries like Viet Nam, Cambodia and India to begin to lift their impoverished people out of drudgery and hunger. Only the US economy could have provided that level of demand and at the same time maintained incomes in the USA at historically high levels. China is a competitor, Europe a closed economic system which seeks to protect European jobs and incomes, the USA alone offers us markets on a large scale for our industries.

Fourthly, Africa needs help in securing and maintaining its peace and security. We are the next Continent to have to deal with extremist movements and this requires technology, communications, equipment and intelligence. The USA with its massive military machine and intelligence gathering capacity stands alone in this respect and no Country, let alone the African continent, can handle these problems on their own. In our own neighbouring State, Mozambique, the radical Muslim movements are making rapid progress and are now a threat to several African States. Once these take root, they are hugely difficult to weed out. Biden has stated that he will remain engaged where Governments request assistance and are ready to be partners in the process.

Fifthly, there is the capacity of the USA to help out when we have a humanitarian crisis. I can well remember when we were going into the Government of National Unity in 2008. Our economy had collapsed, we had no food and no money to buy food. The USAID Office in Harare went to work and while our political leaders worked out what to do to resolve our many problems, the US quietly, without fanfare, imported food on a vast scale and fed three quarters of our population. There were two reasons advanced for this generous act – maintaining stability while we argued about the way forward and simply human concern. Very few countries in the world have those values and concerns and the capacity to respond, almost without thinking.

But most of all, we want to see the US investing in Africa. Where has the US private sector been in the past 50 years? My father always bought a new Chrysler Motor car every two years – would not touch any other. I do not know when I last saw a Chrysler. I remember going to the US for the first time and being astonished at their engineering and the quality of their products and their productivity and hard work. There is no magic involved in US economic supremacy, its really quite simple, they work harder and more intelligently than most. We are being overrun by the new boys on the block and it’s not healthy. We need US investment and with it, management and technology.

The new US Ambassador to the UN – herself a former US Under Secretary for African Affairs under Obama, said a couple of weeks ago about Africa: “We need to rethink our relationships with African States, find a way to engage and understand each other; we need to recognise that hungry people need more than the vote; and we must find a way to get our private sector to engage”.

I think that just about says everything.