HARARE (Xinhua) -- Zimbabwe is moving towards virtual court sittings as the Judicial Service Commission (JSC) moves to ensure the COVID-19 pandemic does not disrupt the delivery of justice, the country's top judge said Monday. 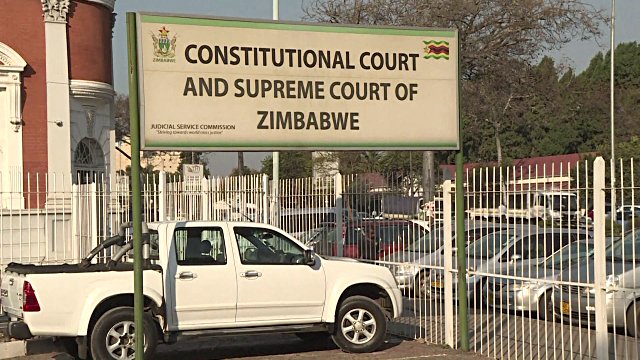 “Courts could not afford to lag behind in harnessing the potential of ICT in ensuring that access to justice is not disrupted,” he said while opening the 2021 legal year.

“To this end, plans to introduce virtual court sittings are at an advanced stage. The process involves presentation of submissions by litigants and parties to disputes without them being required to be physically present at court,” he said.

Malaba said the digitization of the courts and their processes had already been adopted in other jurisdictions in the region and beyond.

He said the JSC had entered into memoranda of understanding with cooperating partners to assist with the establishment of virtual courts throughout the country.

“One courtroom at Harare Magistrates’ Court has already been fitted with virtual court equipment which connects the court to Harare Remand Prison. A pilot run of the equipment was successfully done towards the end of 2020,” he said.

Malaba said the JSC had not been spared by the COVID-19 pandemic and currently there were 31 confirmed cases among members, with two in critical condition while one died on Jan. 5.