South Africa parrots Zanu-PF’s fiction that all Zimbabwe’s ills can be blamed on the West, while doing its northern counterpart a favour by absorbing desperately poor refugees from across the Limpopo. 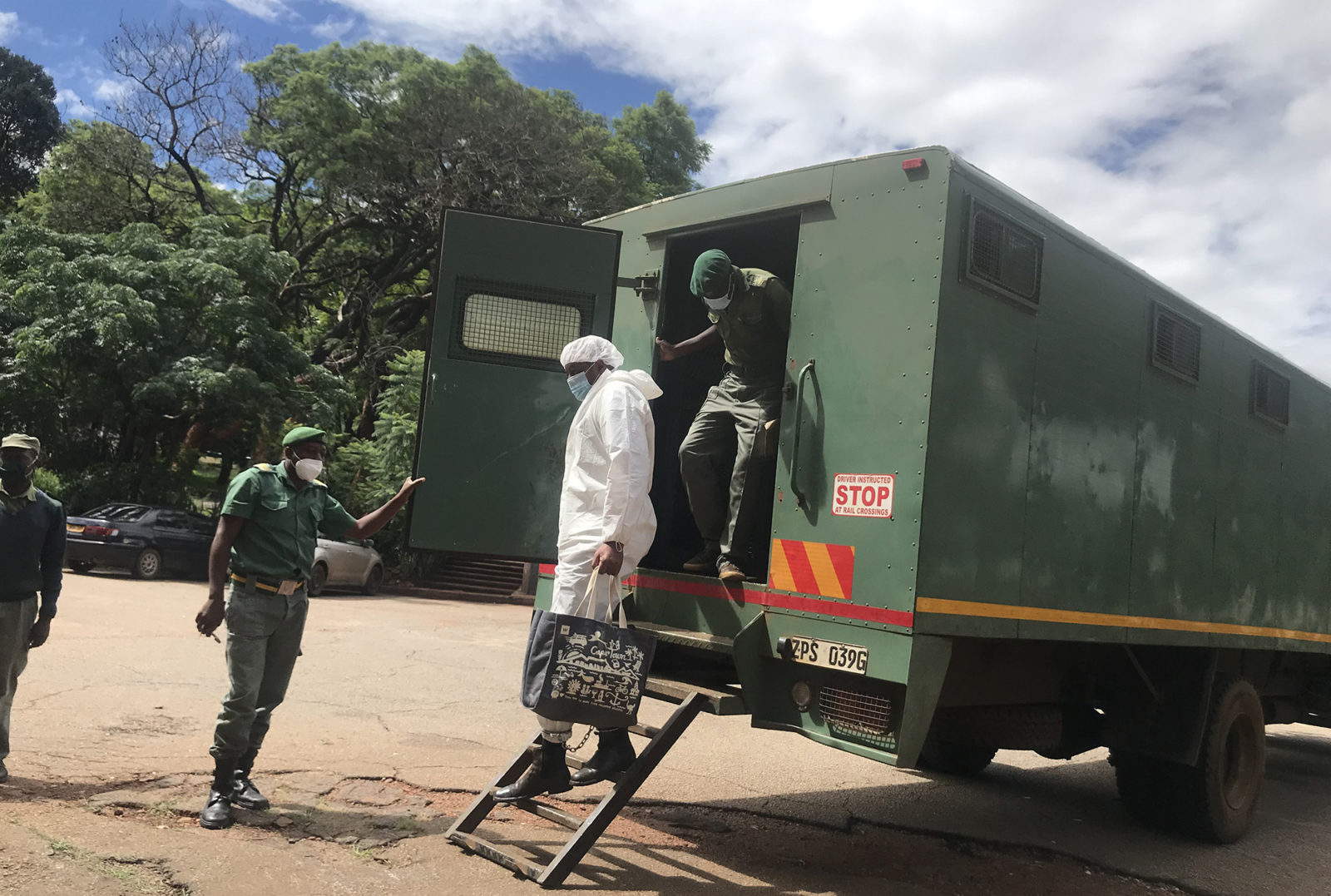 South Africa parrots Zanu-PF’s fiction that all Zimbabwe’s ills can be blamed on the West, while doing its northern counterpart a favour by absorbing desperately poor refugees from across the Limpopo.

Zanu-PF has outsourced the responsibility of looking after its people to South Africa. That is both Zimbabwe’s tragedy and South Africa’s immense and perennial dilemma.

The question has often been asked over the past two decades: How on earth does Zimbabwe keep going despite a perpetually terminal economy and chronically unstable politics?

And the answer, to a large extent, lies in that pithy observation at the top of this story, made by someone official south of the Limpopo. Zanu-PF has been able to wreck the country with some impunity by unloading much of the consequence of doing so on to its big neighbour.

By absorbing millions of Zimbabwean “economic refugees”, South Africa is of course hugely relieving pressure on Zimbabwe’s dwindling socioeconomic resources – while piling the pressure on its own scarce resources. In addition, these refugees are remitting considerable volumes of money earned in South Africa to their relatives back home.

Zanu-PF has also in a sense outsourced its political crisis to South Africa. It continues to beat its opposition into submission at will, knowing that its fellow former liberation movement, the ANC, will not stop shielding it from the worst criticisms and consequences and will parrot internationally Zanu-PF’s great fiction that all its ills stem from Western sanctions.

When the patience of the Union Buildings and Luthuli House does start flagging a little and they send mediation missions to Harare, as they did last year, Zanu-PF treats them with contempt.

It sent home both South African mediation missions – SA President Cyril Ramaphosa’s special envoys under former minister Sydney Mufamadi and the ANC’s mission under secretary-general Ace Magashule – without allowing them to meet the opposition Movement for Democratic Change, or anyone else in civil society.

“Crisis? What crisis?” was Zanu-PF’s response to the SA government and the ANC’s attempts to address what they had made clear they do regard as a real crisis – not least because of the rising flood of refugees it is propelling across the Limpopo.

A mini-crisis, if you will, at Beitbridge, Africa’s busiest border crossing, over the holidays, in some ways provided a microcosm of the relationship between the neighbours.

The border post became congested when vast numbers of the countless Zimbabweans living in South Africa first flowed north to get home for Christmas and then flowed south again afterwards.

As a South African official pointed out, Zimbabwe’s borders are officially closed because of Covid-19, but that did not stop the Harare government from letting its people cross into South Africa. Much of the problem arose from SA demanding Covid-negative certificates before letting Zimbabweans in. And providing those tests itself when Zimbabwe clearly couldn’t. Eventually the congestion and the fear that it was rapidly transmitting the virus anyway prompted Ramaphosa to shut that and 19 other land borders with South Africa’s neighbours – though with many exemptions.

Migration experts were critical of the decision, saying that blanket border closures would just drive the problem underground and encourage more clandestine border crossings. And maybe they were right. But clearly Ramaphosa was reacting to a problem created on the other side of the border.

The Beitbridge problem also had considerable political ramifications. After an altercation with SABC foreign editor Sophie Mokoena on air about how Zimbabwe was handling the border crisis, Zanu-PF’s director of information and publicity, Tafadzwa Mugwadi, tweeted that Mokoena was purveying fake news and threatened to expose the real reason for the ANC’s visit to Harare to meet Zanu-PF last year if she did not stop.

That provoked a reaction in the South African government, with finance minister Tito Mboweni approvingly tweeting a statement by mining minister and ANC national chairperson Gwede Mantashe that “You can’t always have a neighbour that is always blackmailing you. This relationship with Zimbabwe (Zanu-PF) is always filled with threats and blackmail. I don’t like that.”

Disciplinary action against Mugwadi was promised. But he shrugged off that tap on the wrist; he clearly would suffer no real consequences.

Meanwhile, Zanu-PF’s political repression and persecution of its opponents continue unabated, or have even intensified, according to one Zimbabwean opposition leader. As Frank Chikowore reported for Daily Maverick this week, Zimbabwe has charged Job Sikhala, vice-chairperson of the main opposition party, the MDC-Alliance, led by Nelson Chamisa, and the party’s spokesperson, Fadzayi Mahere, with communicating falsehoods prejudicial to the state or, alternatively, inciting Zimbabweans to revolt against President Emmerson Mnangagwa’s administration.

The prosecution has also charged prominent journalist and documentary filmmaker Hopewell Chin’ono, who was arrested last Friday for the third time in six months, with committing falsehoods. Like Sikhala, Mahere was also alternatively charged with incitement.

The three made Facebook and Twitter comments about a Zimbabwean police officer who allegedly beat to death a nine-month-old baby while enforcing Covid-19 lockdown restrictions. Police insist that the baby is still alive, though they have not proved this.

The three are being charged under a section of the law that was expunged by the country’s Constitutional Court in 2014, but magistrate Ngoni Nduna nonetheless refused to drop the charges against Sikhala this week.

Opposition leaders believe that these arrests and charges are part of Zanu-PF’s relentless campaign to destroy the MDC-Alliance, clearly the most popular opposition party. Further arrests of MDC-Alliance leaders are expected. They say Zanu-PF has done its best to undermine the MDC-Alliance by backing a much smaller MDC faction, MDC-T, currently led by Douglas Mwonzora, who replaced Thoko Khupe at a disputed party convention late last December. Allegedly influenced by Zanu-PF, Parliament and the courts have ensured that the assets and finances of the original MDC, led by Morgan Tsvangirai, as well as its MPs, have all passed to MDC-T rather than the MDC-Alliance.

An opposition analyst said he believed Zanu-PF was intensifying the crackdown on the MDC-Alliance and the opposition in general because of the growing socioeconomic crisis in the country.

The street value of the Zimbabwe dollar – officially 81 to the US dollar – has plummeted to 120, and is still falling. The second wave of Covid-19, including the rapid spread of the more infectious SA strain, has also hit Zimbabwe hard. One opposition leader said that if the pandemic reached the pace it had in SA, it would be catastrophic.

In the meantime, though, he said Covid-19 was providing Zanu-PF with a convenient excuse for its own failures of government such as a near collapse of school education.

And can South Africa still help? The SA government and the ANC are still officially waiting for Zanu-PF to grant them permission to meet the MDC and civil society – their condition for returning.

But Zanu-PF shows no signs of budging. Last year Pretoria officials contemplated applying economic pressure on the Zanu-PF government to persuade it to allow them to meet all sides. This would include withholding financial aid and help requested by Zimbabwe to provide Covid-19 materials such as personal protective equipment, until Harare agrees to allow SA’s envoys to meet whoever they want to. Yet the idea of such sanctions was rejected, for fear it would harm ordinary Zimbabweans.

Social Development Minister Lindiwe Zulu, the head of the ANC national executive committee’s international relations sub-committee, who was on the ANC mission to meet Zanu-PF last year, told Daily Maverick this week that the ANC still aimed to continue the dialogue and would soon discuss this, now that the holidays were over.

But whether Zanu-PF is open to the real solutions that are needed – a major reform of both the politics and the economy – is of course the big question. DM168