As Zimbabwe’s economic crisis deepens, the country is seeing an increase in child prostitution, sometimes involving girls as young as 12. 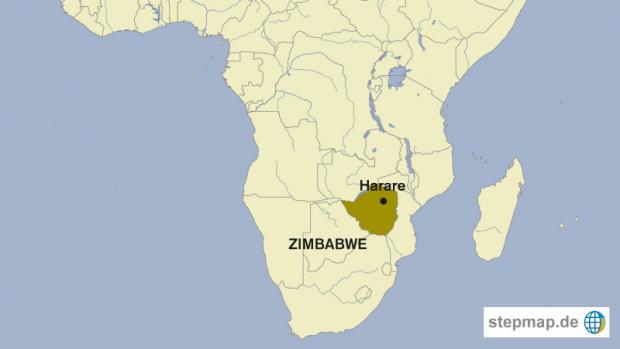 Two girls – Tracy and Melisa, ages 13 and 15 respectively – are typical examples. Having lost their parents, they traveled from their home in Gokwe, a small rural community in Midlands Province, to Kadoma, a busy mining town west of Harare.

There, they joined six other girls, all of whom are school dropouts, to rent a room where they provide sex services to some of the thousands of men who go there to mine gold. Many of those clients look specifically for very young girls, believing they are less likely to have sexually transmitted diseases. “A lot of gold panners scramble for our services because they think we are innocent,” Tracy says.

Hungry and desperate child prostitutes are appearing on streets all over the country, not only in mining towns. They ply their trade in in the capital Harare and in remote border towns frequented by long-distance truckers.

Many of the girls have dropped out of school, as their families cannot pay school fees. In 2019, about 60% of Zimbabwe’s children in primary school were sent home for failing to pay fees, according to the Zimbabwe Vulnerability Assessment Committee. Others, like Tracy and Melisa, have been orphaned.

“We are seeing a spike in social vices like child prostitution and domestic violence,” says Father Martin Nyadewo of St. Peter’s Parish in Mbare, a high-density southern suburb of Harare. “Young girls are increasingly taking to the streets to sell their bodies to be able to feed themselves and their families.” His comments appear in a July 2020 article in America, the Jesuit review magazine.

“We call it child sexual exploitation, not child prostitution,” says Taylor Nyanhete, director of the Zimbabwe National Council for the Welfare of Children, a children’s rights organisation. “Children can also be exploited by being told that if they want something they must provide sex to get it.” For example, he says, “in Chitungwiza (a town 25 km from Harare), marshals tell them that if they want to get water early, they must provide sexual favours.”

Child prostitution is a crime in Zimbabwe, but the nature of the act makes it difficult for officials to keep accurate statistics. The cause of the increase, however, is visible everywhere. Zimbabwe is racked by poverty and its problems have been worsened by the Covid 19 pandemic. According to the UN’s Global Food Crisis Report Forecast of April 2020, some 4.3 million Zimbabweans face starvation.