BULAWAYO – Vice President Kembo Mohadi – already revealed to have ruined two marriages including that of two intelligence officers – offered to pay college fees for a Bulawayo woman and then demanded to have sex with her, online tabloid ZimLive reported Sunday. 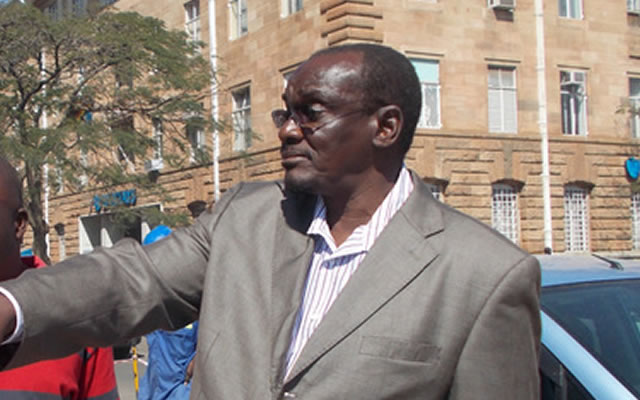 Mohadi, 71, is fighting to save his job as calls grow for his resignation.

The Zanu PF number two mysteriously missed the burial of “national hero” Moses Mpofu at the Heroes Acre in Harare on Saturday.

A new audio recording has been released of a phone call between Mohadi and a woman we are only naming as Luba, in which he invites her to his room at Holiday Inn in Bulawayo – but the woman politely turns him down, pointing out that her parents are “strict”.

Luba was desperate to go to college in 2016 when a chance meeting between her brother and Mohadi, who was then the state security minister, brought some good news.

Luba met Mohadi in his office, at his request, and he agreed to pay her fees for a course in Information Communication Technology with a Bulawayo college.

One of Luba’s friends recalled: “Just a year later, in 2017, Mohadi started calling Luba and invited her for lunch at his office. He told her he loved her, and wanted to sleep with her. He was way older and she was not attracted to him, but she felt her education depended on it and gave in to his wishes.”

Since 2017, whenever Mohadi was in Bulawayo, he would send his driver to pick Luba up and bring her to his hotel. The first time he slept with her, he used a condom, according to Luba’s friend, but subsequent to that he insisted on unprotected sex.

“He said he loved her, and wanted to marry her and they shouldn’t use condoms. They met over a dozen times,” the friend said.

After Luba’s graduation in 2019, she thought she had paid her dues. She told the now vice president that she had a younger lover and wished to move on, but he was unrelenting, according to her friend.

“He is a powerful man, and Luba never knows what response a ‘no’ will elicit, but she has tried her best to wiggle her way out of meeting him, hoping he would grow tired,” the friend added.

On the recorded phone call, Mohadi – who has had two collapsed marriages in the last three years – calls Luba “honey” and “my one” while announcing his arrival in Bulawayo, where he was staying at the Holiday Inn.

Luba tells Mohadi that she is already home, where she still lives under the care of her parents.

“Yeah, I know the Sotho very well and they are strict,” Mohadi says as he finally concedes that the date is off.

It has been reported that Mohadi was last week confronted at his Glen Lorne home by the husband of a Central Intelligence Organisation (CIO) agent who works in his office after learning that they were having an affair.

Jacob Mumpande, who also works for the intelligence agency, demanded that his wife, Abbigal Mumpande, be transferred from Mohadi’s office.

The vice president is reported to have been seen bleeding from the head after he was attacked by another woman who was inside his residence, angry over his affair.

ZimLive also obtained another leaked audio of Mohadi talking to married Chervaughn Choeni, arranging to have sex with her in his office at Munhumutapa Building – the seat of government.

Choeni, a mother of one, has been divorced by her husband Martin Chabuka in the wake of the revelations.

Meanwhile, ZimLive has issued an apology to Miss Chavaughn Mukwereza whose images were mistakenly published as that of Chavaughn Choeni with whom Mohadi had an affair.