Zimbabwean President Emmerson Mnangagwa on Friday expressed gratitude to China for its offer of COVID-19 vaccines. 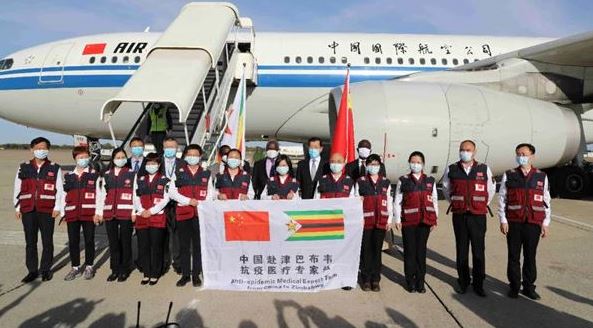 In an interview with Chinese media, President Mnangagwa said the donation is a testament to the long-standing relationship between the people of Zimbabwe and China.

He said the Zimbabwean government and the ruling party ZANU-PF are extremely grateful to the Chinese government for extending this gesture to the people of Zimbabwe.

Zimbabwe will receive 200,000 doses of vaccines next Monday that were donated by China, the first vaccines it has received as it steps up efforts to curb the spread of the pandemic.

Mnangagwa said the kind gesture speaks volumes to the cordial relations between the two countries that date back to the 1960s when China provided assistance to Zimbabwe during its fight against colonial rule.

“We feel greatly honored, and this speaks volumes to the relationship between us and the people of China,” he said.

He said the donation will cover all frontline health workers, and the excess will be extended to vulnerable groups such as the elderly and those with underlying medical conditions.

“We’ve already worked out the program, but most importantly, would like to convey our deep appreciation and gratitude to the people and the government of the People’s Republic of China,” Mnangagwa said.

He expressed confidence that the vaccines will help Zimbabwe counter the pandemic and play a critical role in ensuring the health and safety of its people.

Zimbabwe has already finalized a vaccine deployment strategy that would see at least 10 million people, about 60 percent of the population being inoculated.