Fellow Mbizo residents, Kwekwe Citizens and Zimbabweans in general. I hope I find you well. 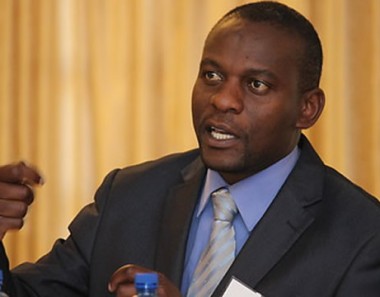 I am sure that by now you are aware that 6 Members of Parliament from the MDC Alliance led by President Adv Chamisa were recalled from Parliament on Wednesday 17 March 2020. This brings to 48 the total number of MDC Alliance legislators illegally withdrawn from Parliament by the Zanupf regime using new found surrogates in the form of compromised former opposition members who include Khupe, Mwonzora and lately Matibenga and Benjamin Rukanda.

The basic fact at law is that the party that a member participates an election under, is the one with the right of recall. It follows therefore that only the MDC Alliance has the right to recall MPs elected under its name.

At this moment I shall not delve much into the steps President Chamisa and the MDC Alliance are taking to ensure that all recalled MPs find justice.

What is important is for me to thank all of you for your support of President Chamisa, MDC Alliance and myself.
They can recall us from Parliament but never can they recall us from the people.

2021 we are converging as Citizens for Change and the people shall determine their future.
We can not let a captured judiciary, a compromised Speaker of Parliament and a corrupt Cabinet determine our lives.
Thank you once again for all the solidarity messages at a personal level.
People power shall be victorious.
God bless you all.