Vice President Kembo Mohadi has tendered his resignation to President Emmerson Mnangagwa and issued a statement to that effect.

In his address, the Vice President said he was stepping down to save the image of the government and it was necessitated by his desire to seek justice on “flawed espionage to achieve cheap political points.”

“Hard as it may be to my family, friends, comrades, and cadres of my Party ZANU PF, I am taking the decision to step down as the Vice President of Zimbabwe, to save the image of my government,” he said.

“My decision to relinquish the Vice President post is also a way of respecting the citizens of this Great Nation and my Party Comrades, some of whom would have been affected by the falsehoods and character assassination in the digital ecosystems.

“My resignation is also necessitated by my desire to seek clarity and justice on the matter in which my legal team will pursue and deconstruct this pseudo-paparazzi and flawed espionage to achieve cheap political points.” 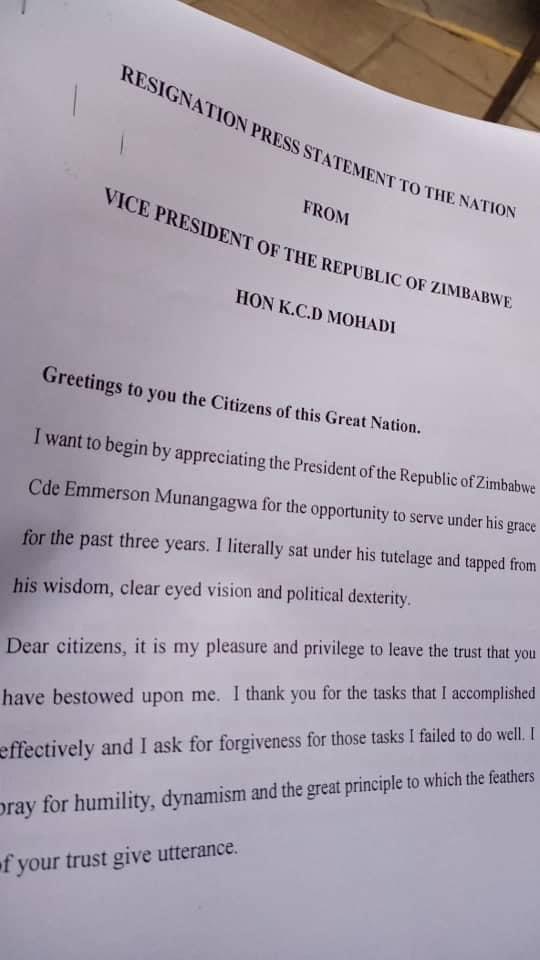 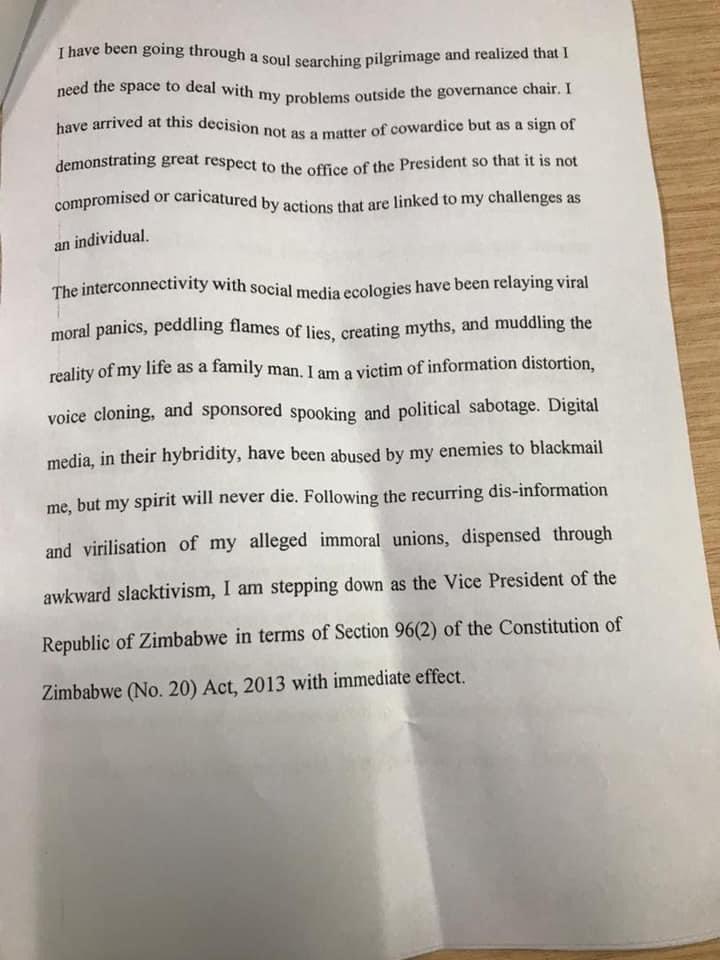 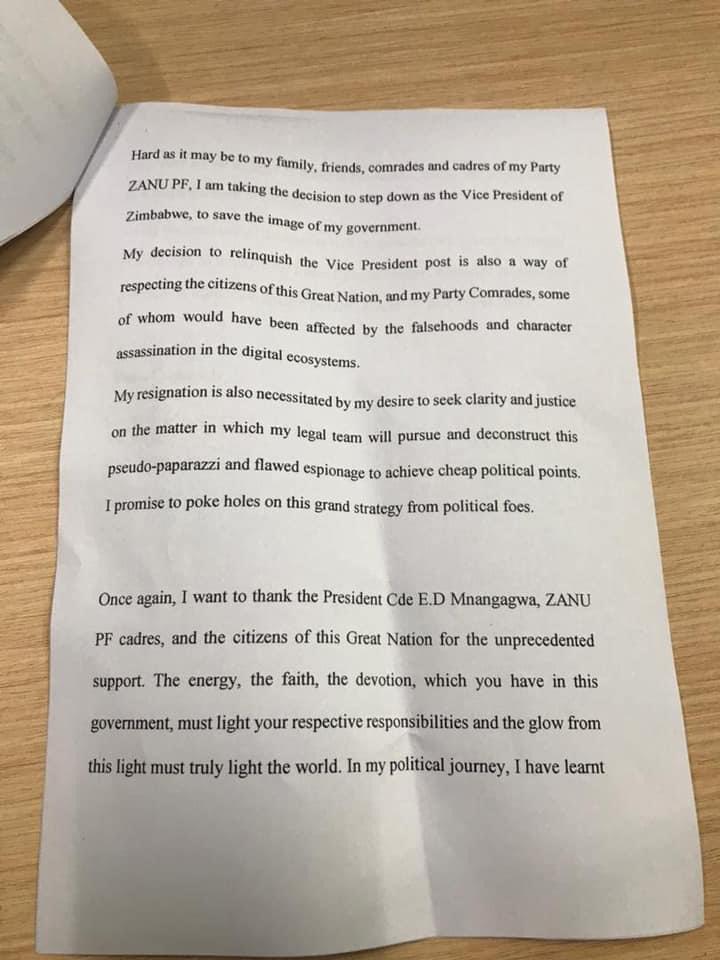 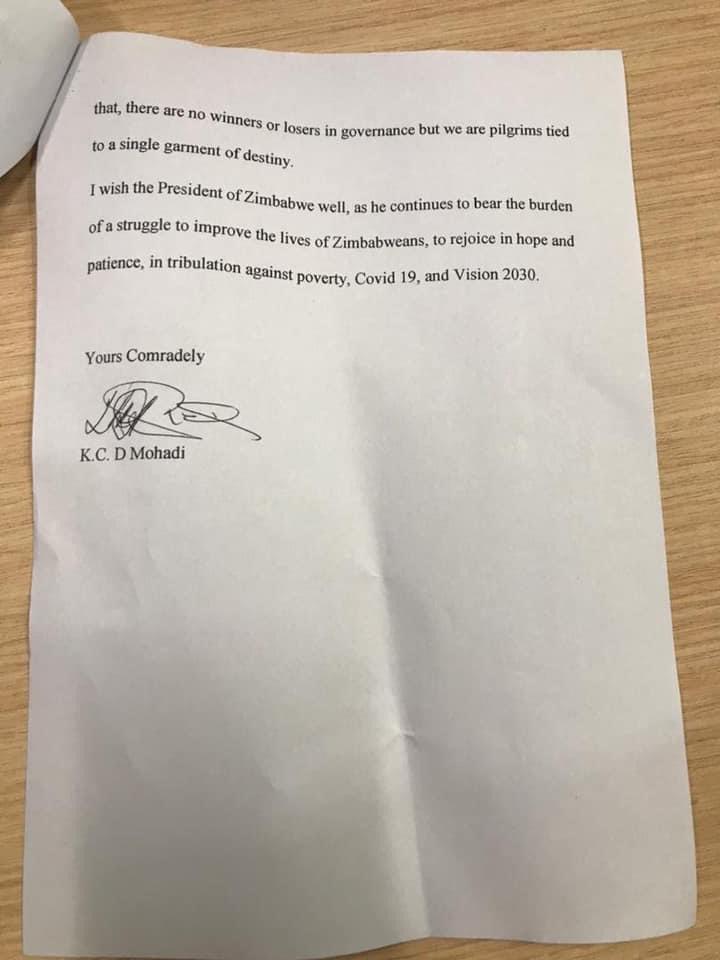