HARARE – Western diplomats in Harare and human rights groups slammed an enduring culture of “impunity” in Zimbabwe on Tuesday as they commemorated six years after the abduction and disappearance of activist Itai Dzamara by alleged state security operatives. 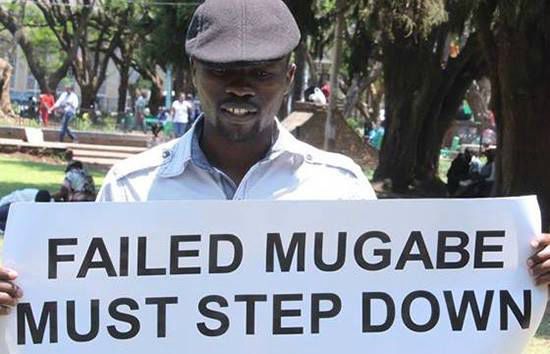 Dzamara, a journalist who turned into an outspoken human rights activist and fierce critic of former president Robert Mugabe, was kidnapped by five suspected state agents on March 9, 2015, in broad daylight as he was preparing to have a haircut in Glen View suburb, Harare.

He has never been accounted for.

“The culture of impunity in Zimbabwe needs to end. Government ought to shed light on his fate and ensure that justice is served for Itai and all other victims of human rights violations,” tweeted the EU embassy.

Calling Dzamara’s abduction a “forced disappearance”, the U.S. embassy urged “the Government of Zimbabwe to investigate his abduction fully and to bring to account those responsible.”

“We stand with his family and all Zimbabweans who exercise their freedoms of expression and peaceful assembly.”

And the Canadian embassy said it remained “deeply concerned that six years since [Dzamara’s] disappearance, his fate still remains unknown.”

“We call on authorities to continue with their efforts to investigate his abduction and to ensure that those responsible are brought to justice,” the embassy added.

At a 2016 Human Rights Council meeting in Geneva, President Mnangagwa – then Mugabe’s deputy – made a commitment that government was going to investigate and bring closure to the disappearance.

The NGO Forum, a consortium of civic organizations, also issued a statement castigated government and police for being “reluctant and uninterested in diligently looking into the matter.”

“Additionally, High Court Judge, Justice David Mangota, ordered the police to fully investigate. However, no meaningful investigation has taken place, as evidenced by the absence of any comprehensive reports submitted by the authorities to the courts,” the Forum said.

The rights group charged that Zimbabwe was witnessing increased state repression under Mnangagwa’s leadership, adding that it documented 86 cases of abductions and torture of activists in 2019 and 34 in 2020.

“Though authorities deny their participation in all the cases of abductions, including the case of Dzamara, the abduction and torture of Tawanda Muchehiwa on 30 July 2020 which was caught on CCTV bears resemblance to the abduction of Dzamara,” the Forum said.

“In the same fashion, Muchehiwa was dragged into a white vehicle and disappeared for two days in which he emerged with grueling tales of torture.”