Remarkable strides have been made in securing more rights for women and increasing their participation in political and economic areas, although more still needs to be done, Women in Governance and Accounting (WIGA) chairperson Avilla Goba has pointed out. 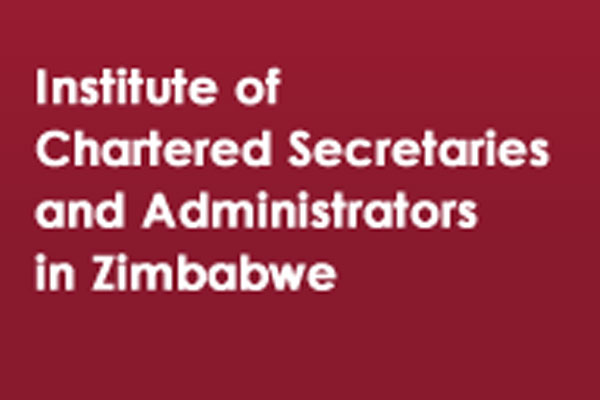 She said the focus on women during the month of March and the theme for this year’s International Women’s Day, which was ‘Women in Leadership: Achieving an Equal Future in a Covid-19 World’, provided an ideal opportunity to draw attention to what women have achieved and how much more needs to be done to ensure women enjoy the same rights and respect as men.

WIGA was formed just four months ago as a chapter of the Institute of Chartered Secretaries and Administrators in Zimbabwe to bring together professional women in governance and accounting from diverse professional disciplines to share their insights and experiences and to position themselves for leadership.

“Zimbabwe can be proud of the fact that since independence so many women have risen to senior positions, particularly in government but to a lesser extent in business as well.

“On the other hand, reports of an increase in instances of domestic violence against women during Covid-19 lockdowns shows how vulnerable women are and how far we still have to go before many men realise that women are their equals and deserve their respect,” Dr Goba said.

She said the focus on women during the month of March, flowing from International Women’s Day, which was on March 8, provided an opportunity for reflection and honest debate on the situation of women and girls globally, regionally, nationally and at the workplace.

“Women deserve to be celebrated just for their biological make-up. They give life and nurture and sustain it. They contribute hugely to the domestic and national economy and to the education of their children just through their role as mothers.

“They also make a substantial contribution to the national economy and the development and health of the nation through their work and professional roles,” she said.

She said women now make up more than 40 percent of ministers in seven African countries. The region had 16 women Speakers of Parliament as of January last year. The new President of Tanzania, Samia Suluhu Hassan, is the latest of a number of women who have been heads of state in Africa, she pointed out.

However, while many women had assumed senior positions in government and parastatals, there were still glass ceilings to be broken in many private sector businesses.

“Currently more women are entering tertiary education. Many are business owners. Many too are managers and leaders. Those who have made it as chief executives have generally proved successful and benefited the businesses concerned considerably.

“Women are able to bring to boardrooms new dimensions and add value by approaching issues from a woman’s point of view. This is increasingly being realised in many businesses worldwide.

“In every sphere, women are making their mark but there is still much further to go, which is why WIGA was formed, to help prepare professional women for leadership roles and to work towards breaking the glass ceilings they may still encounter in some spheres that prevent them rising to positions of leadership,” Dr Goba said.

“The role of women in the health sector has long been recognised. Whereas at one time this role was limited to nursing, today there are many women doctors, specialists and scientists, all playing vital roles, particularly during the current Covid-19 pandemic, which has had such devastating effects, especially on women’s economic activity.

“The pandemic has also highlighted the gender inequalities that exist between men and women, particularly in many homes.

“It is not easy for women to make it to positions of leadership, not only because of gender prejudices and the traditional dominance of men but because of their dual role as professionals and mothers. While most men are able to relax when they get home after work, women generally have many domestic chores to perform before they can settle down and relax,” she pointed out.

She urged men and women to take time during this Women’s Month to consider the real issues arising from gender inequality and ask themselves whether they are contributing towards overcoming this inequality or maintaining it.