Millions across Africa live without access to the grid. A businessman from Nairobi has a plan to change that, but first he wants you to turn off the lights. 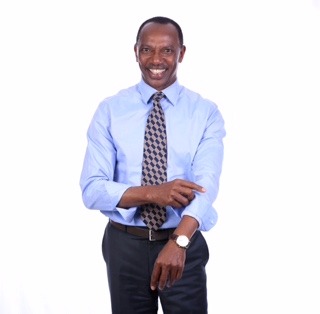 If it’s currently daytime where you are, please don’t read this. At least, not for now.

Rather, if you can, take it home, turn off all the power in your house, and read by the light of a candle.

Not easy is it?

And notice the silence. No hum of the fridge, no TV, no hot plate, no air-con, not even a radio.

Sadly, this is how hundreds of millions of my fellow Africans live.

Not so much in my home country, Kenya. Whatever you may think about the current Kenyan government, it has finally done what our leaders have promised since independence in 1963: brought mains power to nearly every home and business across the land.

Yes, we still have outages, and in some remote areas we have pylons and substations with homes yet to be wired up. But a staggering 83 per cent are now on the grid. This is transformative.

The tragedy is that, apart from Kenya, South Africa, Morocco and a few others, this continent is still largely living in the dark and, in some countries, less than one home in ten has electricity.

To run a modern economy, you need vast amounts of power and by this I mean gigawatts. For now, much of what we call “baseload power” comes from coal or natural gas, sometimes oil. Tanzania has recently opened a new coal-fired station on its southern border with Mozambique and Egypt is building one on the Red Sea.

Yes it is dirty, but you can use the latest technology for a much cleaner burn. Wind or solar depend on the weather, coal and gas do not.

The system has many critics, which is why I wanted you to light a candle and think. For millions of Africans who have no electricity, and on a continent where fossil fuels are cheap and plentiful, it’s not the same debate as you might have in London or LA.

That said, over the long term we do need to change.

We have lots of dams in Africa and others on the drawing board. Kariba, opened in 1960 on the border of Zimbabwe and Zambia remains the largest dam in the world. But water levels can fall in the dry season or in a drought. So how can we secure a reliable, clean supply?

Whether your baseload comes from solar, wind, hydro, coal or geothermal (we use the latter in Kenya), when it’s interrupted, you must have Plan B. And I believe the “B” stands for “Batteries”.

So when I heard about a British company called Highview Power and its long-range batteries, I wanted to know more. Highview is now working with the company I founded, Janus Continental Group (JCG), to roll out the science in Africa.

You may ask why mega-size batteries are so important? In a word, reliability.

Even in the continent’s most developed cities — Johannesburg, Nairobi or Cairo — demand for power exceeds supply, resulting in major outages. All too often!

Dressing this up with fancy names like “load shedding”, doesn’t solve the problem, on top of which Africa is notorious for thunderstorms that can knock out entire regions for hours. So what happens when you have workers underground in a gold mine, or teachers giving a science class, or doctors halfway through an operation?

We can – and usually do – rely on diesel generators but, in addition to producing electricity, they also produce noise and smoke and are liable to run out of fuel. Or we can install a bank of batteries, silent, charged from the grid, and always full. And like a Lego set, you can add more and more as required.

We have a chronic problem in Africa with youth unemployment leading to crime, violence and even militias. Listen to captured gang members or those from terror groups and you hear a pattern of lives spent in jobless inactivity. Industry can change this, but not without energy.

The equation is simple enough: baseload power + uninterrupted supply from batteries = millions out of poverty.

This is not to say it’s easy, but the technology is here, and by acting now we can change Africa for the better. Over the next five years, my company, JCG, is going to do just that, together with our global partners.

As we contemplate what the world will look like post-pandemic. I call on my fellow investors along with governments and policy makers to come together and ensure we make choices that will prepare Africa for the future.

If we don’t, the cost will be huge, not just here but in Europe. Remember, before COVID hampered travel, the endless arrival of migrants? For the most part, those boats on the Med were not carrying people from warzones but youngsters fleeing poverty and unemployment.

It is hard not to feel hopeless when you live in the dark.

The battle to electrify Africa can be won and Kenya has shown that. India, too, has made great strides in recent years along with Latin America.

It is time to move beyond excuses or blaming the past or saying how Africa is different. Africans share the same human needs as people anywhere.

The technology is here, the market is ready and the generations to come will rightly cry “Shame on you!” if we fail.

Okay, you can blow out your candle and, together, let’s go turn on the lights!