The Constitution Amendment (2) Bill is anti-Zimbabwe and will destroy the country’s democracy, Dzivarasekwa legislator, Edwin Mushoriwa, has said. 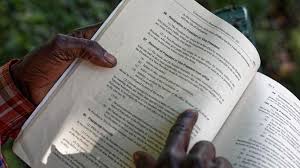 The Constitution Amendment (2) Bill is anti-Zimbabwe and will destroy the country’s democracy, Dzivarasekwa legislator, Edwin Mushoriwa, has said.

The bill seeks among other things to do away with provisions on the running mates, granting the President powers to appoint his two deputies, remove legislators from Provincial Councils, extend women’s quota in Parliament by two more terms, allow the President to appoint judges without subjecting them to public interviews and to provide for the extension of judges’ retirement age of 70 by five more years.

The bill is being debated at a time when the Senate has since passed the Constitution Amendment (1) which now gives the President powers to appoint the Chief Justice, the Deputy Chief Justice and the Judge President of the High Court, after consultation with the Judicial Service Commission and without subjecting them to public interviews as was provided for in the constitution.

Contributing to the debate on the bill in Parliament Tuesday, Mushoriwa said amending the constitution was tantamount to going against the wishes of Zimbabweans who contributed to the crafting of the new supreme law which was adopted in 2013.

“Zimbabweans across the 10 provinces of this country went out, sat under trees and crossed rivers to give input to the 2013 Constitution,” said Mushoriwa.

He said instead of amending the constitution, the country should be aligning laws with the national charter.

“Mr Speaker, it is wrong in my view that before we have finished aligning our various pieces of legislation to the constitution, we are actually on another move to try to amend that constitution before trying to make sure that the constitution has life,” he decried.

Mushoriwa said the Constitution Amendment No. 2 seeks to take Zimbabweans back to where we are running away from.

“Zimbabweans wanted a situation whereby the selection of the Chief Justice in the Judiciary is done in an independent manner rather than the old system where the President would have the power to do that,” said Mushoriwa.

“What the Minister has done is to take us back and that Mr Speaker is not right. People felt that the unitary state that we have had since the coming in of the settlers has not benefited this country. We needed a devolved system. You are aware that we are now having an amendment where one of its tenets is to remove the Hon. Members of Parliament from sitting and overseeing the processes and devolvement within the areas that they represent. Mr Speaker, I think it is wrong in my view that before you even implement the provisions of the Constitution, you then have the Minister taking that power. It is wrong.”

He said given the rate at which amendments are progressing, there is a possibility that by 2030, the constitution would have been amended 10 times, which is not good for democracy.

“This amendment is anti-Zimbabwe and it will destroy our democracy,” he further emphasised.