Pakistan cricket team defeated Zimbabwe by 11 runs, successfully defending their 149-run total in the first fixture of the three-matchT20I series at the Harare Sports Club. 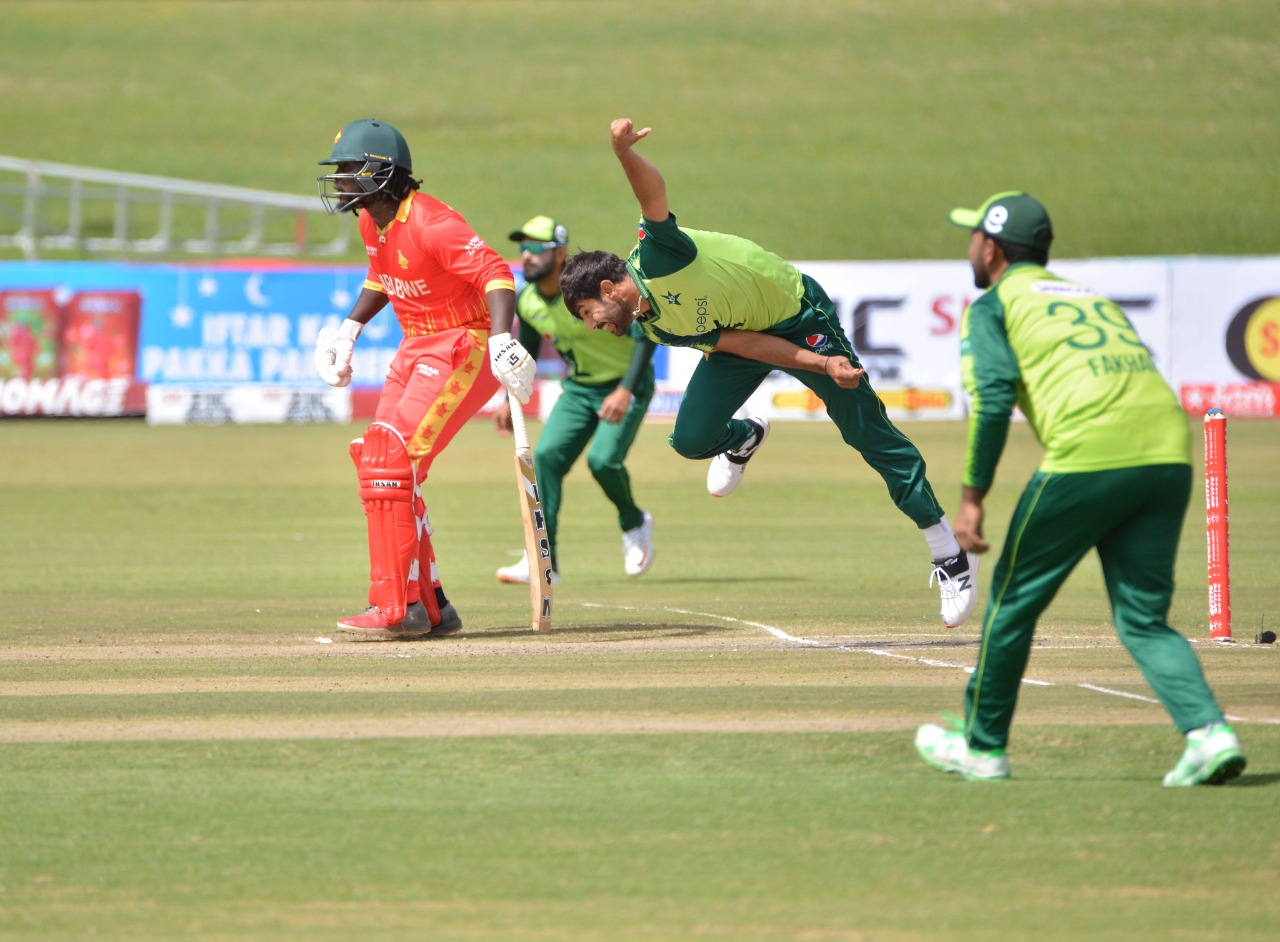 Pakistan scored 149 runs while playing first. Pakistan’s first wicket loss came at eighth run, when captain Babar Azam was out at 2 runs only.

Batsman Fakhr Zaman along with Rizwan resisted but gave up on the collection of 42 runs and returned to the pavilion.
Mohammad Rizwan played a not-out innings of 82 off 61 balls with the help of 10 fours and a six. Debutant Danish Aziz scored 15 runs. The Green Shirts scored 149 for 7 in the allotted overs. Luke Jongwe and Wesley Madhyoure took two wickets each, while Blessing Mozarbani and Richard Nirava took one wicket each.

For the home team, Luke Jongwe and Wesley Madhevere picked two wickets each while Richard Ngarava and Blessing Muzarabani picked one wicket each to restrict Pakistan to 149 for 7.

In pursuit of the 150-run target, the innings was started by the hosts, Tanashe Kamohkamwe and Wesley Madhyure. Both opening batsmen played a few offensive shorts in the beginning.

Wesley gave the wicket to Mohammad Hasnain, on the very next ball the fast bowler sent Marumani to the pavilion.
Among other batsmen, Sean Williams (9), Chakboa (3), Ryan Burrell (14), Jongwe (30) and Masakadza (2) remained unbeaten. Zimbabwe scored 138 runs.

The Green Shirts bowled well, with Usman Qadir leading the way with three wickets from his four overs, Mohammad Hasnain two wickets, and Haris Rauf and Mohammad Hafeez picking up a wicket each.
With the victory against Zimbabwe, Pakistan has a 1-0 lead in the three-match series.
–
Wasim Qadri, Senior Journalist and television show host based in Islamabad, can be follow on twitter at @jaranwaliya