In March 2019, Cyclone Idai hit south-east Africa, bringing strong winds and heavy rainfall. When it was all over, a trail of destruction and devastation was left in its wake. 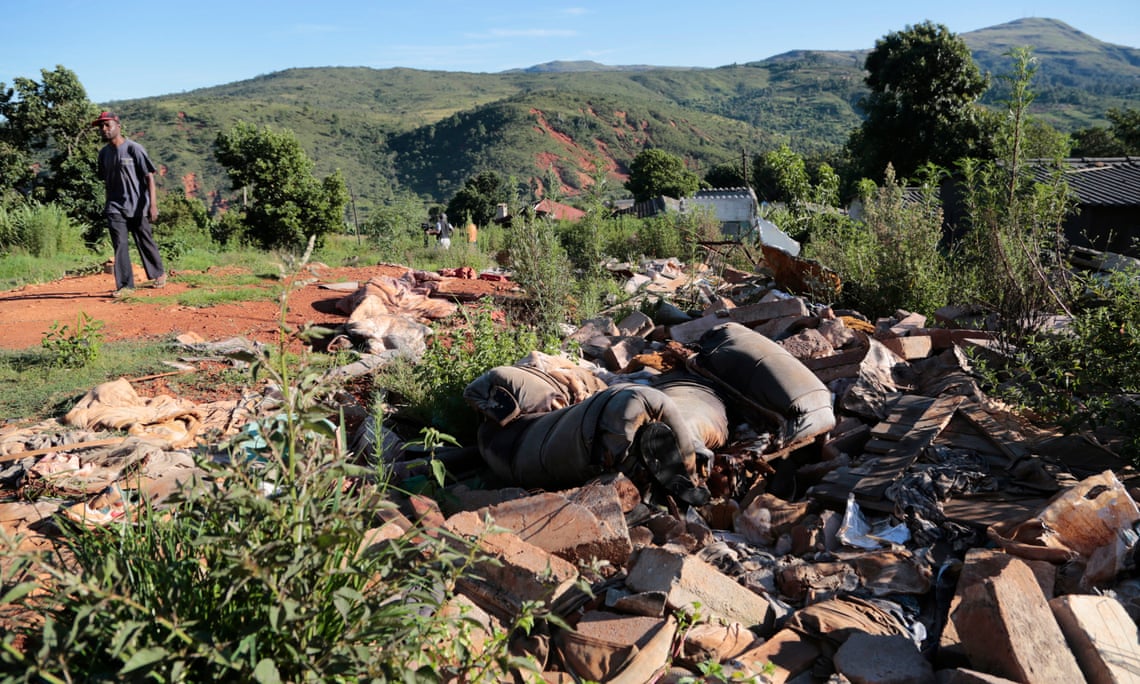 When Cyclone Idai made landfall, it was one of the deadliest cyclones to ever hit Africa, killing more than 1,000 people across Malawi, Mozambique and Zimbabwe.

In eastern Zimbabwe, flash flooding and landslides damaged and destroyed critical infrastructure, including schools, hospitals, farmlands and homes. It caused more than $600 million in damage. More than 50,000 households were destroyed, directly affecting 270,000 people – including displacing 60,000 people. The cyclone also cut off communities from basic services.

The Zimbabwe Idai Recovery Project (ZIRP) – funded by a $72 million grant from the World Bank’s International Development Association – was launched to help communities recover in the immediate aftermath of the disaster and to build the foundation for long-term resilience and regional recovery.

UNOPS is responsible for the overall management of the project, and is the fund manager and an implementing organization. The Food and Agricultural Organization, the International Organization for Migration, UNESCO, UNICEF, UNOPS, UN Population Fund, the World Food Programme and the World Health Organization are working together to address food security, livelihoods, health, education, and water and sanitation needs.

As part of the four-year project, basic healthcare services are being revitalized, including building awareness on health issues such as malaria, diarrhoea and malnutrition. Village health workers are receiving intensive training in essential health information and in basic maternal, newborn and child health services. They are also being recruited into mobile medical teams that travel to different villages and provide needed healthcare services.

As COVID-19 raced around the world in 2020, several implementing organizations shifted some of their existing funding to activities to help Zimbabwe tackle the pandemic. This included helping build the capacity of community-based medical personnel to monitor, trace and investigate COVID-19 cases, rehabilitating an isolation ward at a church-supported hospital, providing personal protective equipment to village health workers and providing access to safe water for handwashing.

Data on the movement, needs and vulnerabilities – as well as the health risks associated with COVID-19 – of displaced persons is also being monitored, with the information taken into consideration for activities implemented under ZIRP.

In Chimanimani, some of the most damaged schools will be rehabilitated and re-equipped to provide students with a safe learning environment. Other critical community infrastructure is also being rehabilitated, including water and sanitation systems, roads and irrigation networks.

“When Cyclone Idai hit, we had reached our wits’ end,” says Fatima Mutsiya, who owns a plot of farmland in Chipinge District that is irrigated by a nearby weir damaged by the cyclone.

“We could no longer afford to send our children to school or feed them,” says Fatima. “When the weir was rehabilitated, our livelihoods were restored and our lives have been transformed.”

Cash transfer and food distribution are also being used to fight food insecurity among vulnerable households. The restoration of agricultural crops, as well as the provision of veterinary services and supplementary feeds for livestock, are helping to restore livelihoods.